Leica and film in Paris

Today my trainer Kristian von Vultee said “When I hear you tell me about your Leica camera and to shoot with film I get curious, can you not tell? I said, it’s like owning an old rolls, not many can rattle it but what a feeling.

I started photography in 1974, I was 14 years old and fell in love with it. I hung black garbage bags for the windows to darken my room and worked with dangerous liquids in the dark. What had just happened came back to life in the bowl of developer fluid, I was stuck. The years went by, I photographed and assisted in photo studios, learned everything about lighting and opened my own photo studio as a 21-year-old, portraying children and bridal couples for 10 years.

I wanted to learn more about camera technology and lighting, so I applied for a job as a forensic photographer at the County Administrative Board in Stockholm. I stayed there for 13 years. Got a scholarship to study lightning technique in Switzerland Photographed one day from police helicopter, at crime scenes, developed and secured tracks with lights and film to secure evidence before trials. The first years of film in the camera, but soon with new digital technology.

I started my company again in 2004 with a focus on wedding photography when I felt a strong longing for the light in life and that the art was popping up. I wanted to give my clients high quality in both expression and print, all technical knowledge was now used in a new way, more artistic if you will.

About 10 years ago I got the first (and only) mentor of my life, my neighbor Bertil “the plot” Hagert came by and said “way to coffee so we can talk, here-you get my leica, what you do is good, I believe in you.” Here began a friendship that lasted a few years before he passed away quickly. Bertil portrayed Katharine Hepburn a few weeks in Venice in 1956 on behalf of one of the major Hollywood film companies, documented bloody conflicts in Africa, he flew across the Atlantic at least 50 times-drove cars across the American continent to fund travel, drank with / photographed Ernst Hemingway of Key West, he and his dear Leica. He died unknown but with an image treasure that I value highly.

I sometimes buy a few rolls of film and take his Leica on trips around the World. The pictures here I recently took in Paris when I was traveling with my niece Sylvia, we ate oysters for lunch and drank champagne at Le grand colbert which is a favorite, and strolled the streets until well into the nights.

It happens that I pack my Leica when I go on bigger wedding assignments, come home with soft magic.

Today my PT Kristian heard me tell about the perfect opera effect with film, the light that seeks through the film base consisting of different layers, that I do not know how the result will be in advance, only when the development is done I know. My exhibition pictures, the art photographs are pretty much all taken with Leica and film. They can be inflated in any size – sometimes several meters in width, the film grain increases in size and gives an extra dimension, a softness, the different layers shine through.

The feeling of your hand on driftwood, so is film to me. 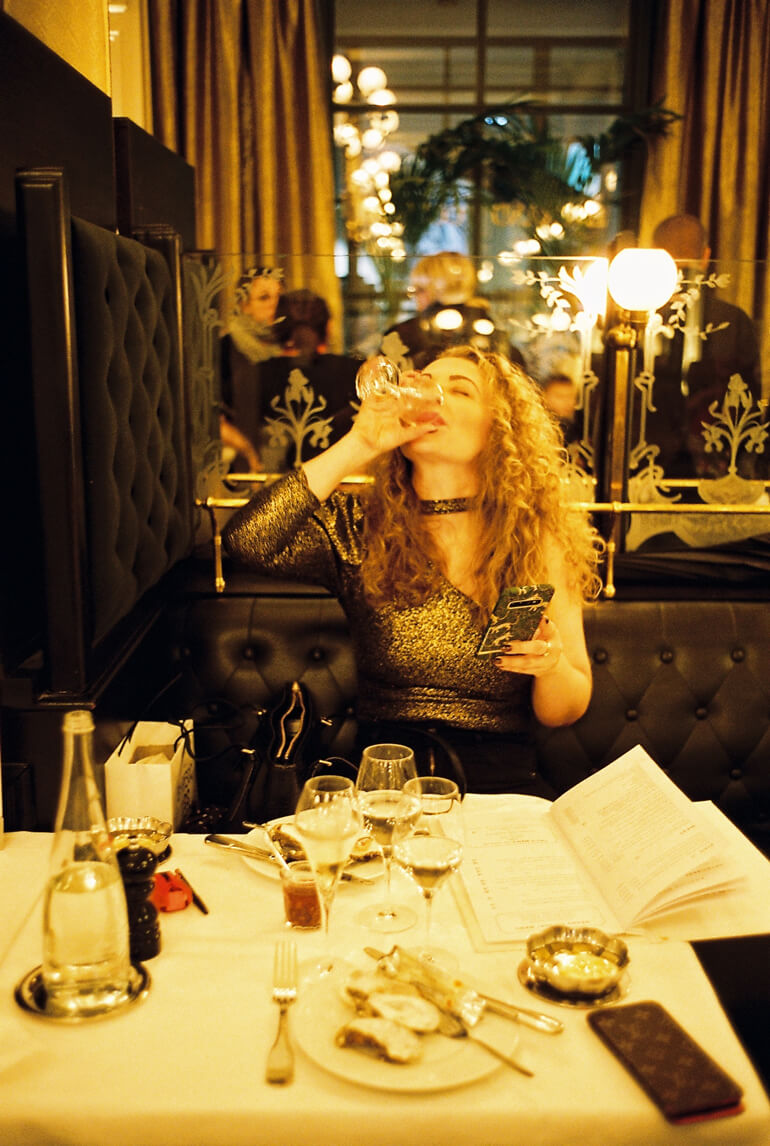 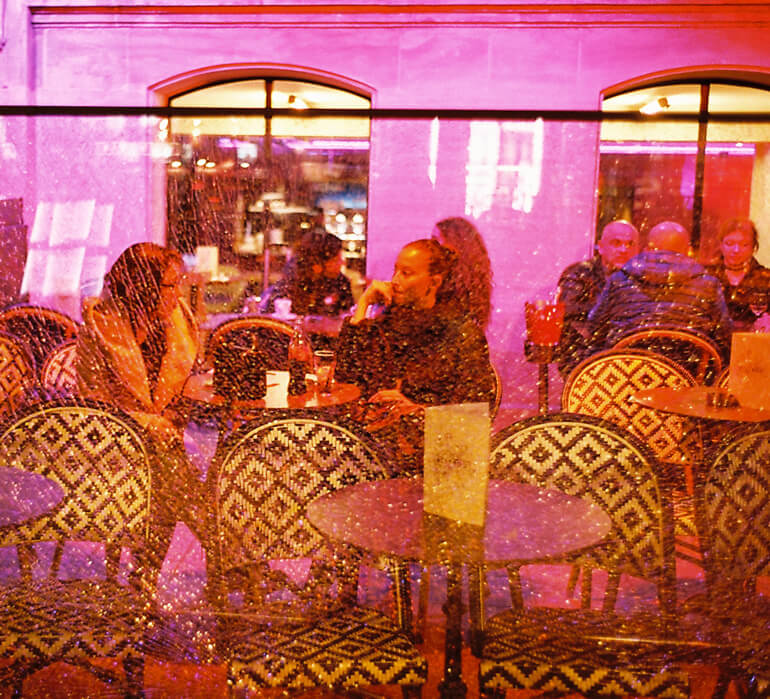