Samuel played for me and my camera in the sunrise.

His body is listening to the rising of the sun, he is music. What will his future look like, maybe he will travel the world with his music.

When we had finished photographing and Samuel wiped the dew from Cellon, he said that now he has been “fighting” with the cello for 16 years. He started playing when he was 6 years old and now he is 22 years old and has just graduated from the University of Music in Stockholm. Now he will study a few more years before he gets his Master.
He came to me with his cello at 05.30 this Monday morning. We were both tired and messy when we went down to the beach. When he started playing, I wondered if anyone heard, what they thought in that case when such beautiful music was heard across the lake so early in the morning. Two ducks swam past curiously, and the neighbor’s cat Zelda came sneaking in, the moon and the pole star still visible. 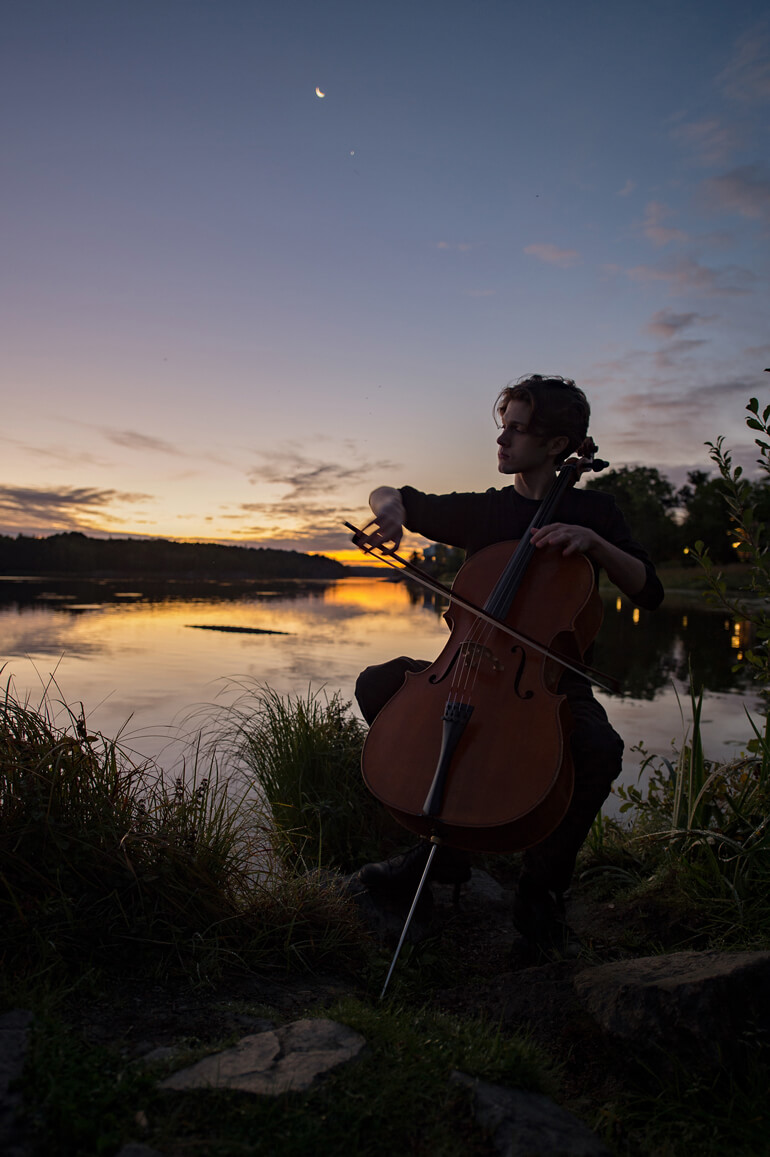 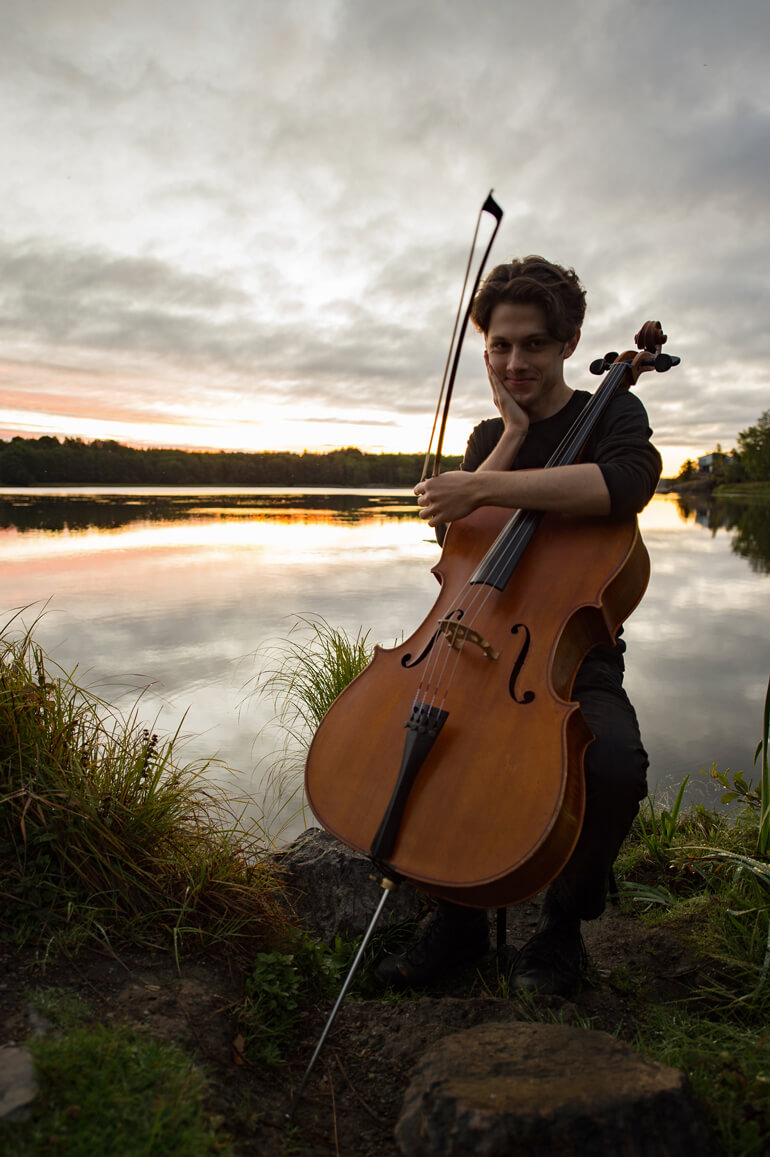