I have a cottage that borders a nature reserve in the outermost sea belt outside Hudiksvall. It’s a place for me to come and relax, and now I’m here resting between assignments, I’m gathering new inspiration from the untouched nature, the only noice is the wind in the trees and the waves crashing. You’re not allowed to put a boat down, and you don’t need to, when you’re here you want to be in nature, and that’s enough.
During my 40 years behind the camera, I have photographed everything … from birth to death. And 13 of those years were spent as a photographer at the Institute of Forensic Investigations (Swedish CSI). So it’s nice to have a place to rest your mind and focus on all the good in life.
On one of my hour-long morning walks with my camera I discovered a dead seal on the rocky beach below the cottage. After all my years working at Crim, I’m more curious than afraid of death so I took some beautiful pictures with my Leica. I could see that the seal was shot in the abdomen, terrible and sad. The thing here is that the seal destroy the fishing nets, so the people who own the nets end up shooting them to protect their nets. That morning walk sparked something in me, an idea that I just couldn’t let go, I like to call these ideas projects of love, because I do them purely for the love I have for photography.
My photo idea was: In the sunrise, two dead girls appear floating on cliffs. They have been partying and something has happened. Why in the sunrise you may ask? Well because when light comes from below, a new day is born. So I contacted the two girls next door to ask them if they were up to helping me again with a project.  Lowisa and Linnea 12 and 14 years old have participated in other shoots as well and as they’re growing up to be young women, I like being follow their development with my camera.
A few days later, after much planning and sketching, test shoots with the girls and keeping track of the weather, we left home in the middle of the night and took us through the forest to the outmost part of the cliffs. You don’t have many minutes when the sun rises above the sea’s surface so I placed the girls on the rocks and took some quick test shots before the sun finally rose. Before the sun rose the silence was deafening, yet as soon as the first rays of sun came up the birds began singing and insects began to buzz, it was a magical moment, everything came alive again.
I worked with my Leica, it’s a fine-tuned instrument that requires precise exposure so I had to work extremely fast and focused, I had just a few minutes before it was over. For the girls, I also took some beautiful portraits as a memory of the amazing morning. After the pictures were taken, we enjoyed a little picnic we had with us and then we started to head home. It was a great morning and I’m so happy with how the pictures turned out. 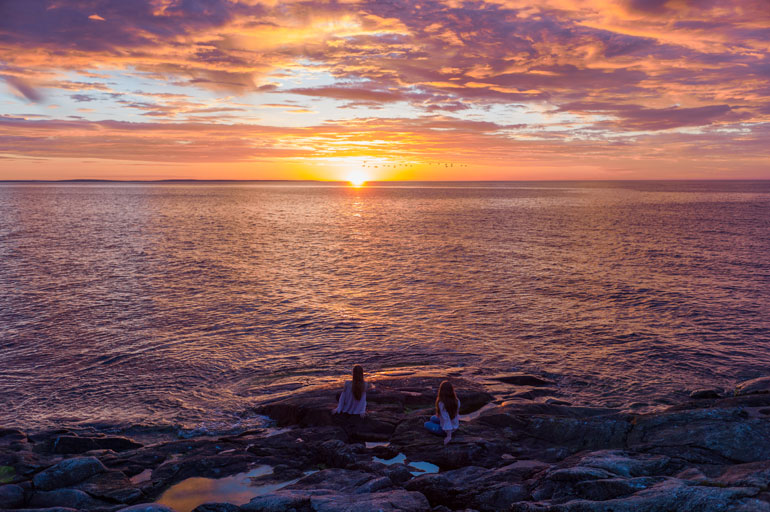 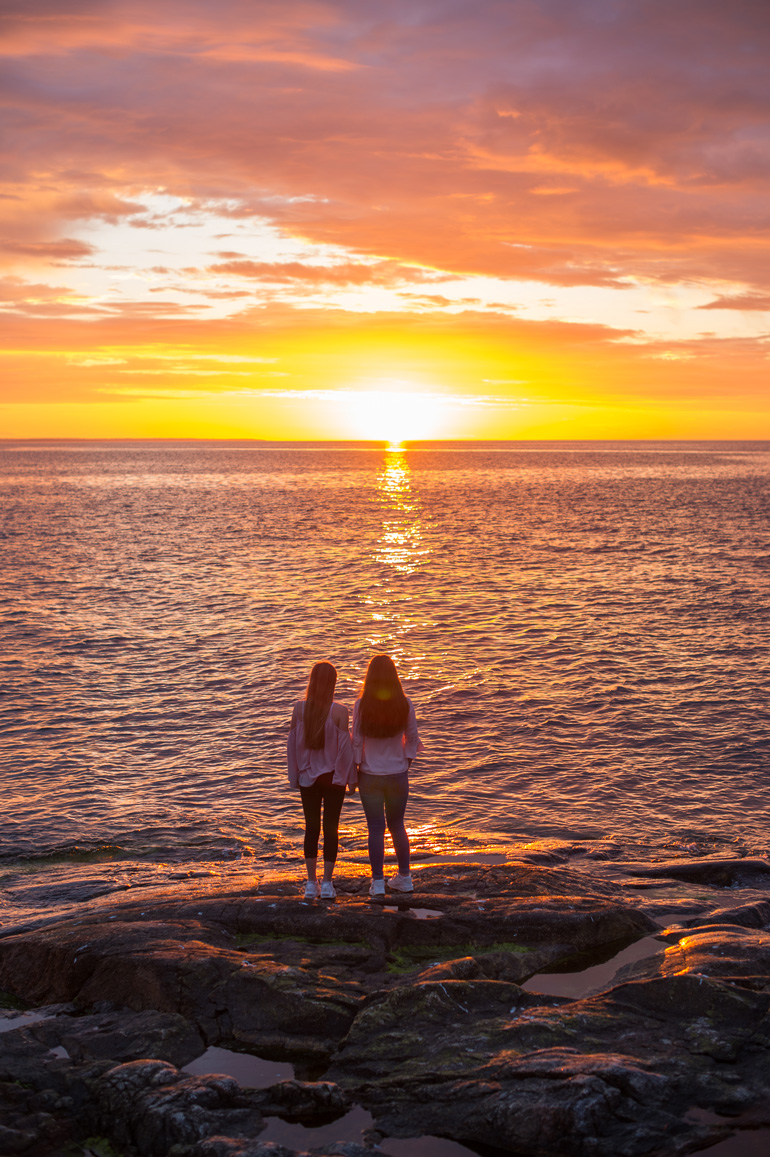