Every now and then, I photograph just for my own sake, just for the pleasure, I get an idea and do not get calm until I finalize it, I get obsessed. I have a cabin in the outermost sea belt on untouched Hälsingland coast. I get calm and inspired in the nature preserve. You can not land a boat, the wildlife is protected, those who have cabins there want to go to the forest or fish in the sea, thats all. No internet, no nothing. Behind my little house are two small lakes deep in the forest. The sea has found its way into the woods and formed those lakes, where also a swan couple lives. I have been down there at dawn, have seen elk moose take a dip, there are also wolf and bear in the preserve, beautiful. I’m never afraid, but on my guard. This summer I had decided to photograph at one of the lakes, I fantasized of a body, beautiful shapes, naked skin against the light grass and the black water as contrast. When my youngest son Martin and his girlfriend Amanda came visit during a weekend, I told them about my idea, could/would Amanda be my model? both of them liked the idea, everything for the art, and I began to plan it all. We went down to the place the next evening at dusk, it was a hot summer night and the air filled with scent from the forest. I asked Amanda to lay down on a special place. I myself stepped into the water, supported by a ladder that Martin helped me with. The bottom is deep, you are easily pulled down in the mud. I photographed with my old leica camera and a film, love the soft grain that the film gives. And I had the feeling that there could be a future exhibition picture. 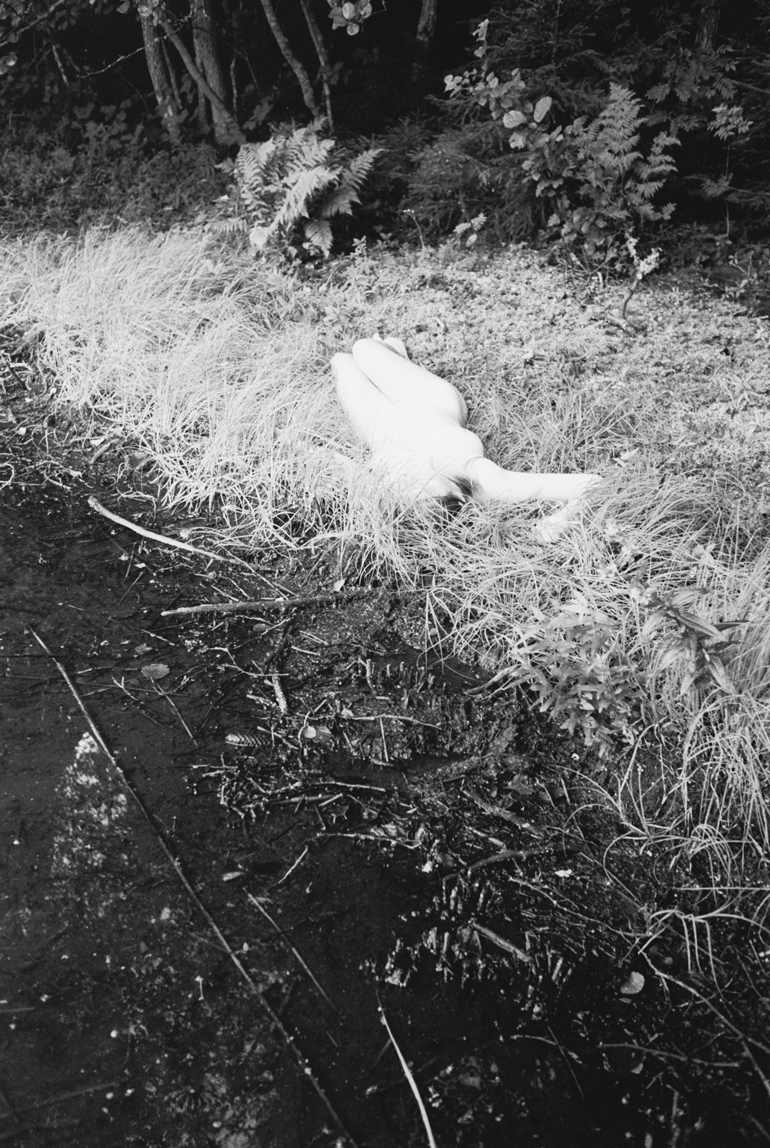 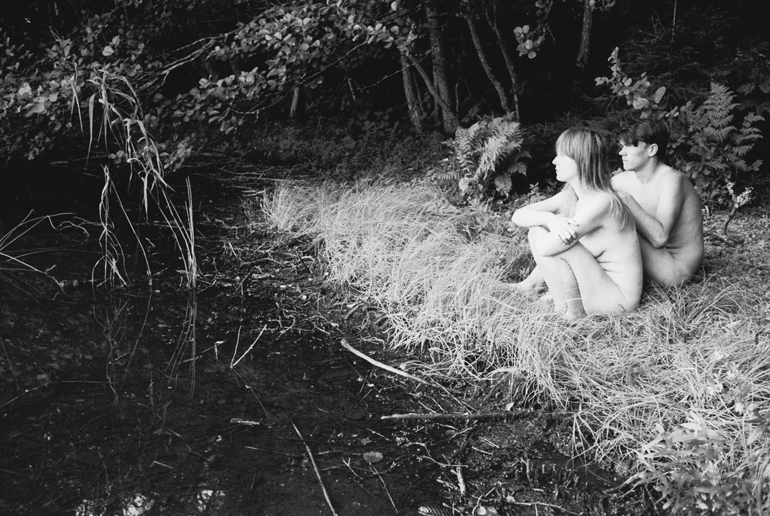