I was on holiday in my cabin up north when Malin Hörnqvist asked if I could come to her and Patric to take some pictures on a saturday in August. She said; ”Patric won the Stanley Cup and now we get to have he trofé for a day.” Later that same saturday afternoon, Patric had to show the trofé at Globen, so I needed to arrive early in the morning for the photo shoot. It felt very nice, because a few years earlier I photographed their wedding and they also hired me when their little daughter Isabella was a few months old. They also bought one of my Art photos, and it’s now hanging in their new home. It’s always fun when my clients returns and wants to engage me again.

Early Saturday morning, I arrived with my team consisting of an assistant and a filmmaker. I understood that it was a “once in a lifetime” moment so I wanted to document everything carefully with both still camera and video as well as with a drone. We were met up by the family; little Isabelle had fancy shoes and was dressed just like Malin. Before I knew, I myself was photographed with Patric and the trofé, so weird being on the other side of the camera. I saw later that Obama was photographed with the trofé and also Sidney Crosby. 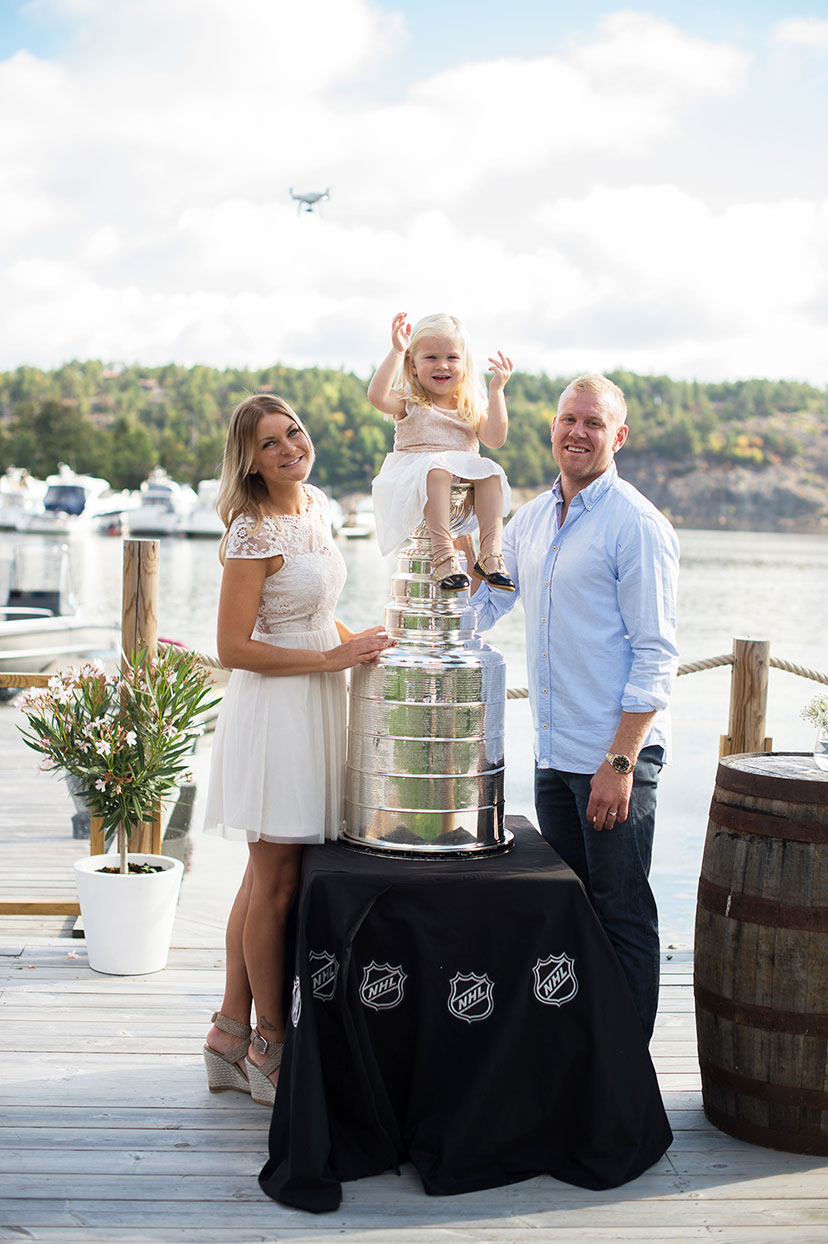 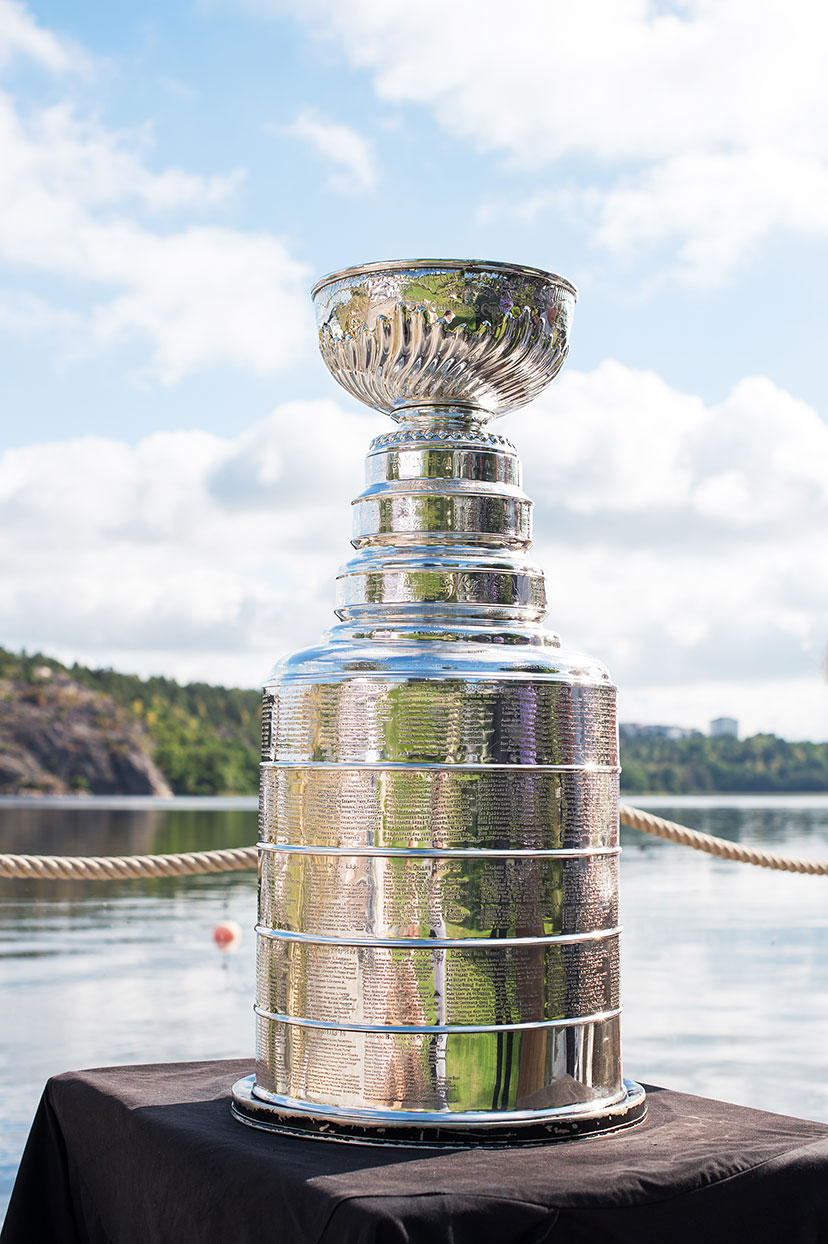 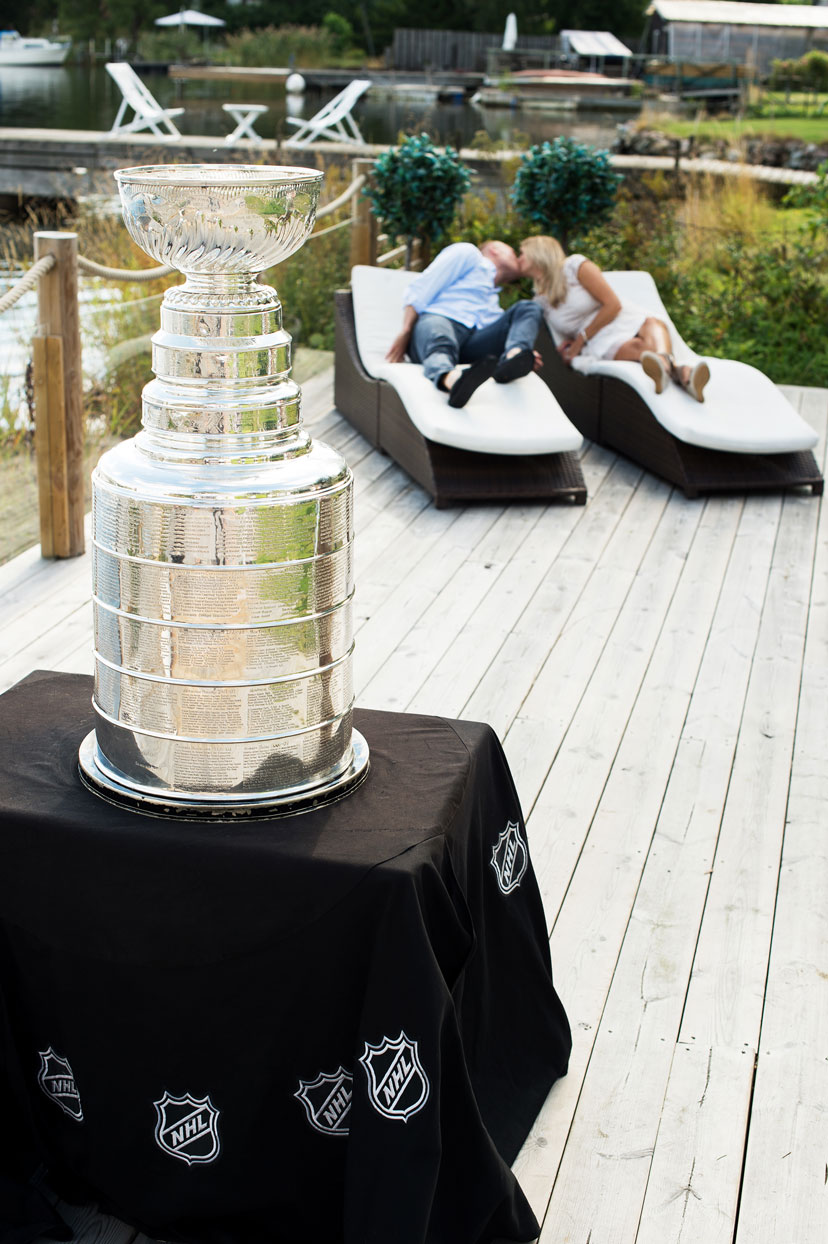 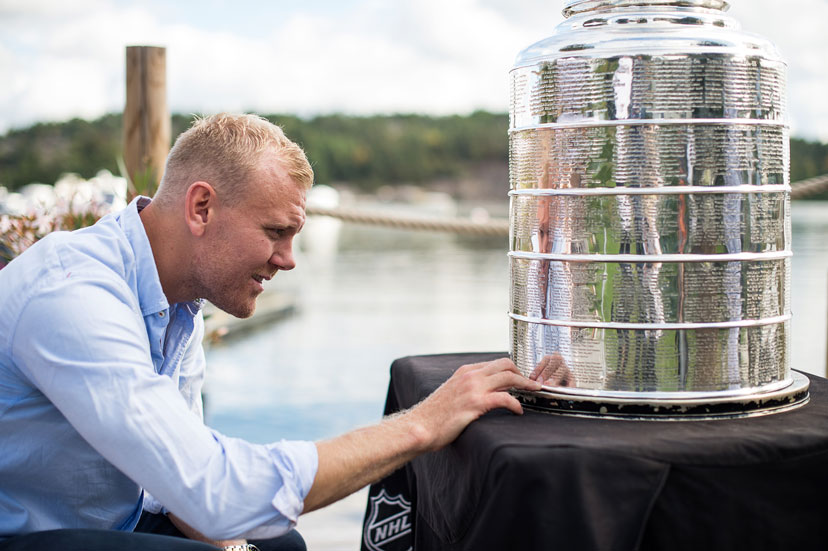 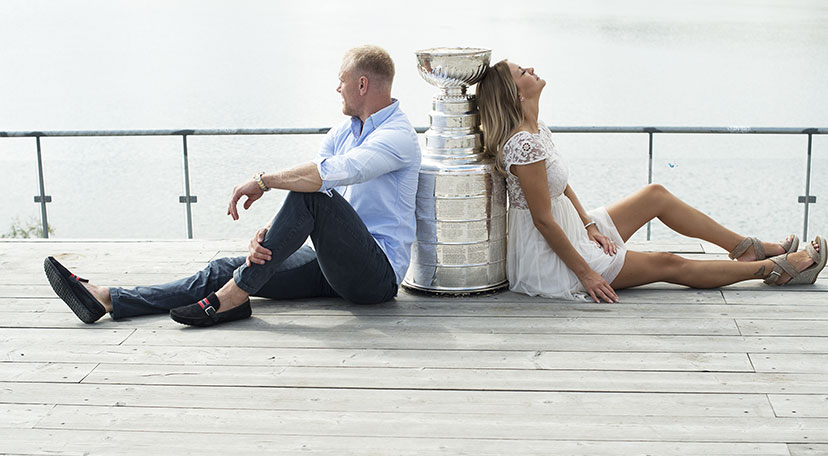