Maria & Jennifer are two strong personalities filled with action, energy and humor. When they called me from their home in NY, I immediately got a nice feeling and accepted to photoshoot their wedding. Jennifer said: I don’t think you understand how many photographers web pages we’ve looked at. Jennifer herself is a photographer and artist and represented amongst other places at the Whitney Museum in NY, where she also proposed to Maria during an installation.

We met at my place the day before the wedding, and I also met Jennifer’s son, Sky, 9 years old, who got the task of throwing rose petals from one of the castle’s windows under the cocktail hour. More than 100 guests were flown from NY, mainly active in museums and the art world, including the founder of Fotografiska, Jan Broman.

I arrived early and decided to take one of the portraits at a ruin located a bit away from the castle. I prepared the car seats with white linen from the castle’s kitchen, just in case. When hair and make up was ready we ran to my car. Surprised guests saw photographer and brides escape, and I drove them to the wall. They loved my idea even though we were late for the ceremony. Sometimes you have to improvise to achieve your vision, “everything for the art”.

Ray Copper aka Chopper of Oysterband who has been touring with Elton John for many years, wrote the girls’ bridal march and he also played during the wedding.

During the mingle I tok some fun portrait´s with the girls, the guests were happy, kissing and hugging and sipping champagne. Towards the end of the dinner I went out and saw that the castle reflected in the pond the last evening light, I ran to get the girls and placed them where I wanted them. That picture became “the money shoot” … an expression that a Hollywood producer gave me when I photographed his wedding in Hampton a few years ago. Guests could choose to dance to a Jazz band in one of the castle’s lounges, or to a DJ in another salon. Jennifer surprised Mary later in the night with a big heart of light on the lawn. When I finished the assignment after midnight, I went to my room, slept a few hours and had breakfast with guests before heading back to Stockholm again. 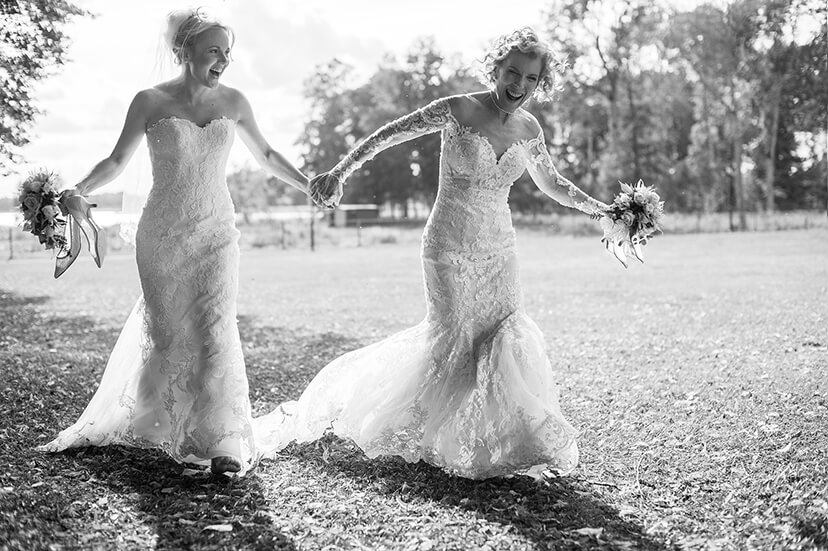 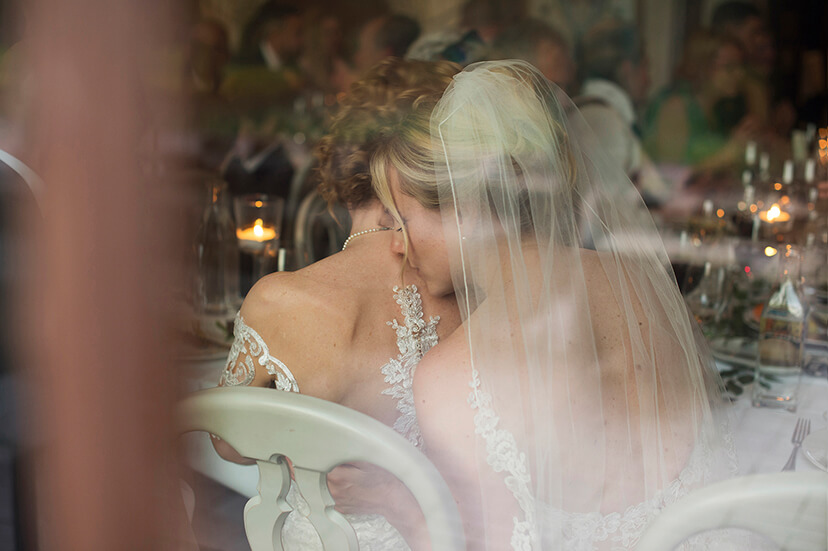 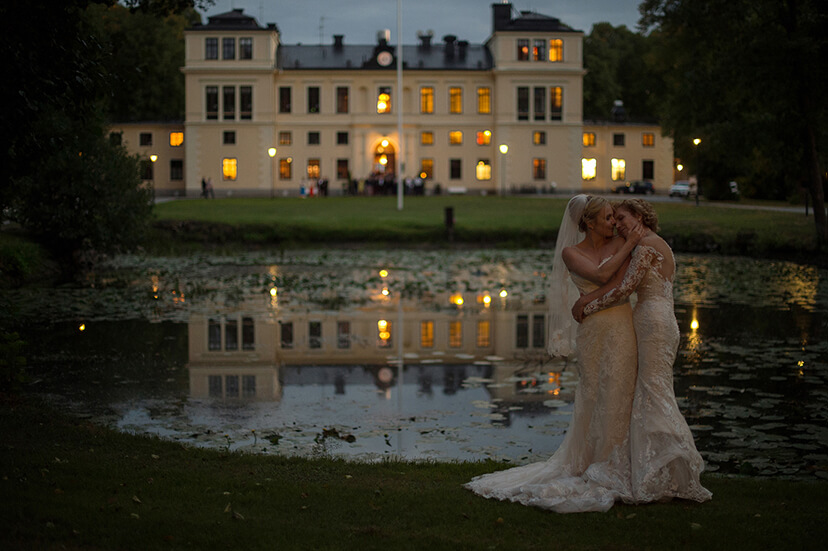 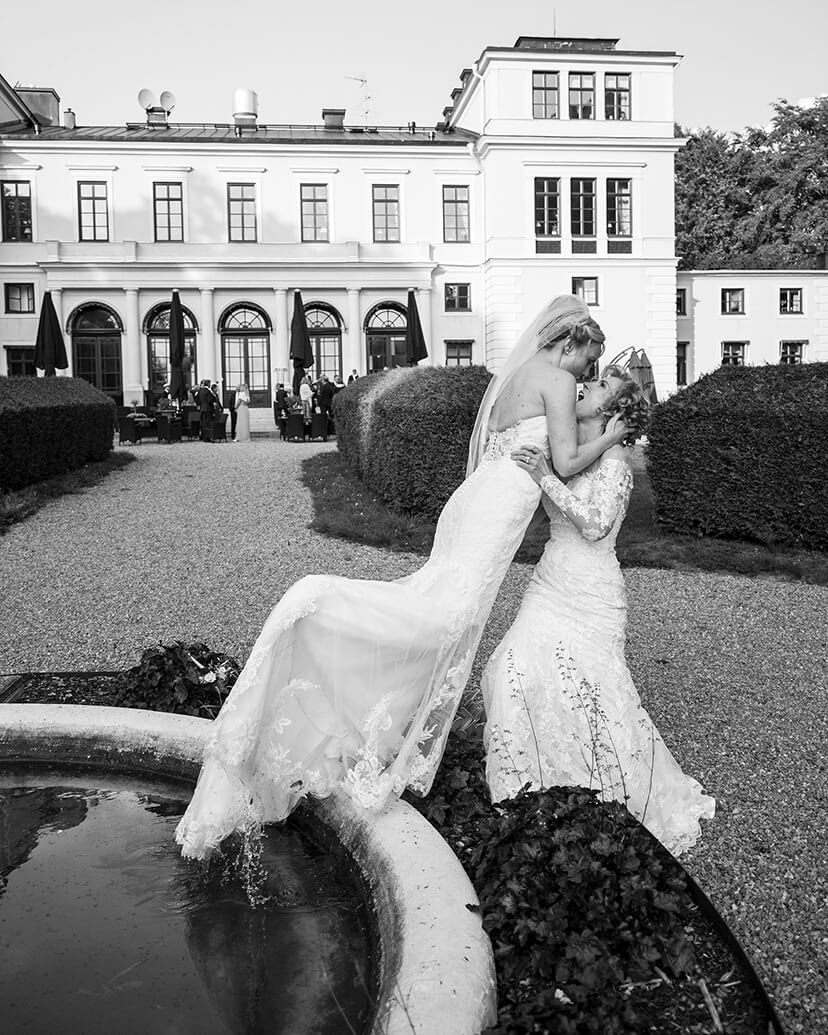 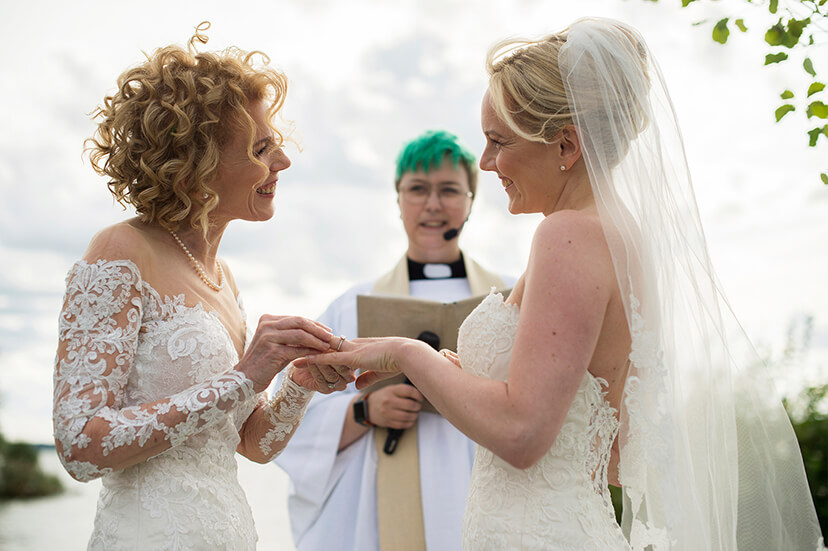