“Johnny”
One late summerevening, two years ago my neighbor Johnny started his chopper Jolly Jumper.
He had spent one year building it and now it was finally finished.
It sounded like an airplane starting, I ran inside and fetched my camera.
He drove around the block, the crome sparkled and I took some quick photos, but I felt I wanted to do something more with the chopper. So I asked if we could go out to Häringe Castle one evening and take some nice pictures.
When we arrived at Häringe the evening after, my assistant Calle started the drone. Johnny’s girlfriend Tina helped with loading and unloading the chopper.
I felt I wanted to use the pool as a background, so I asked him to drive out on the ledge that goes out in the pool.
He answered very annoyed: “what the hell Kicki, there´s a couple of hundred thousand here”… he did what I wanted but under protest. When he took off his cap and put it on again I felt: this is my picture!
Now it is included in my exhibition, and is also available in my shop. 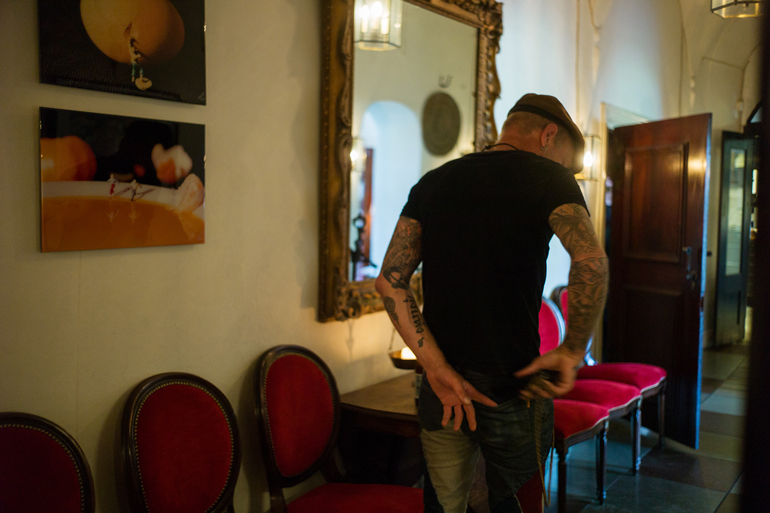 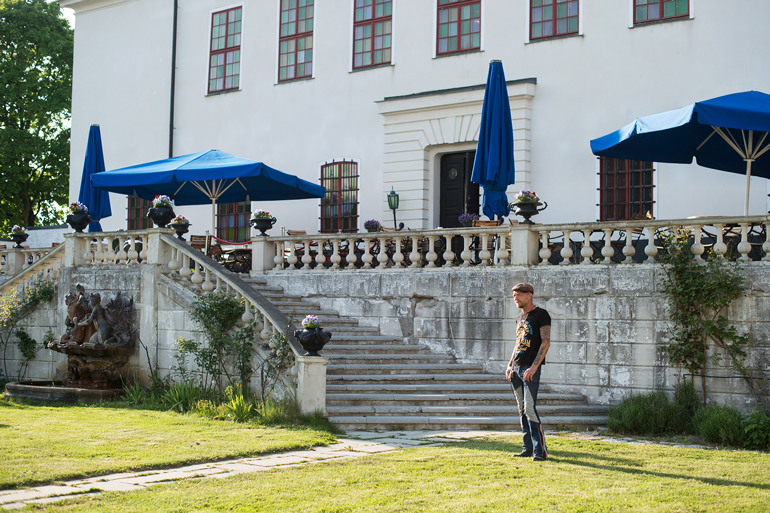 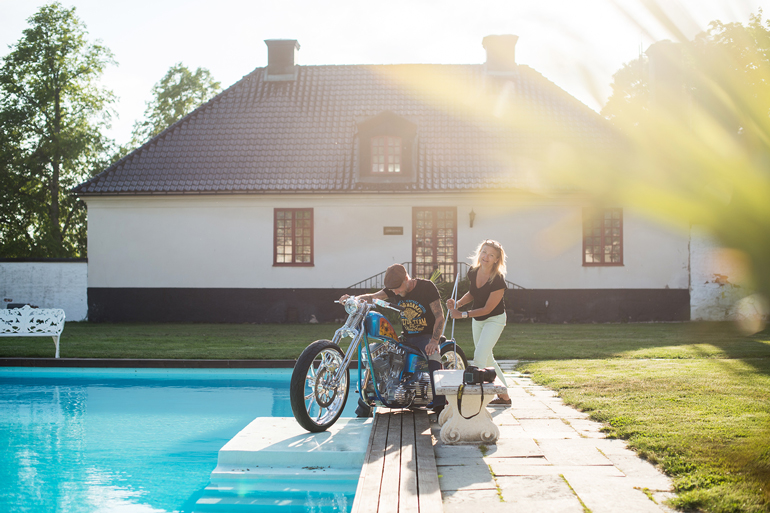 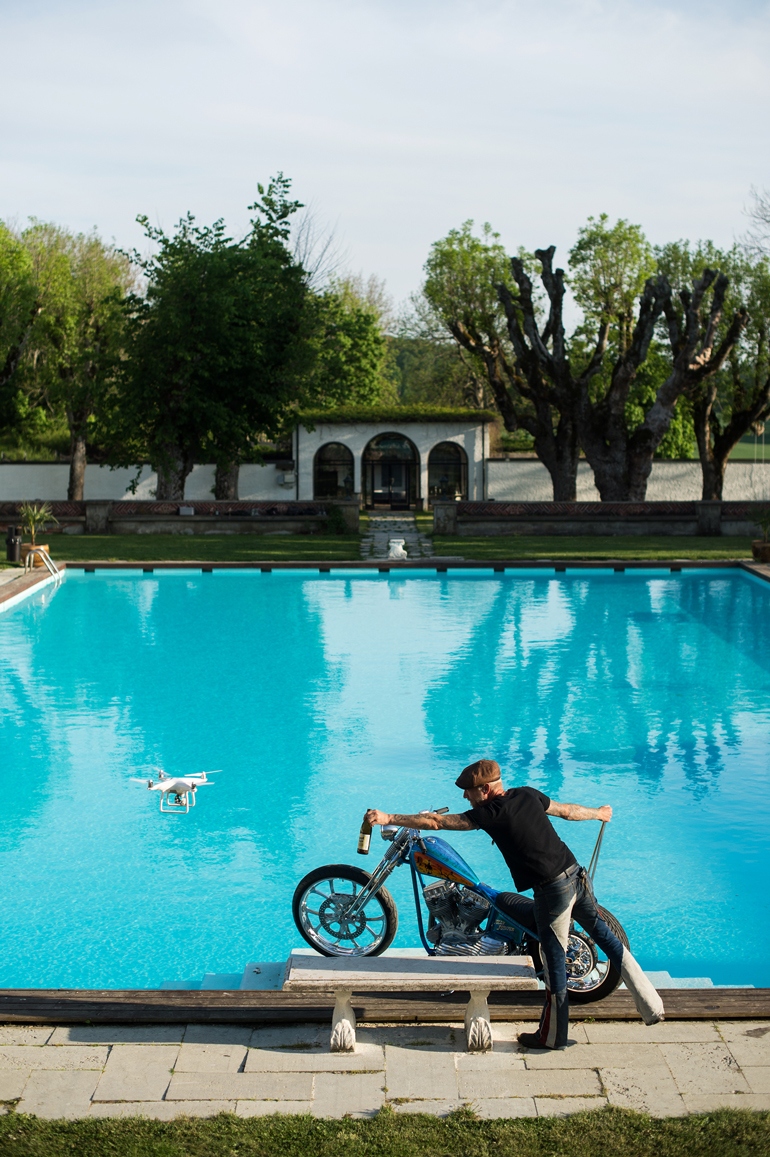 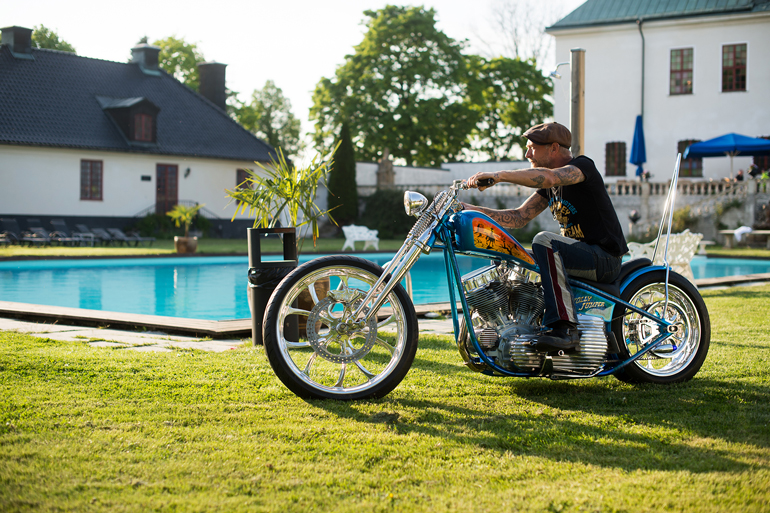 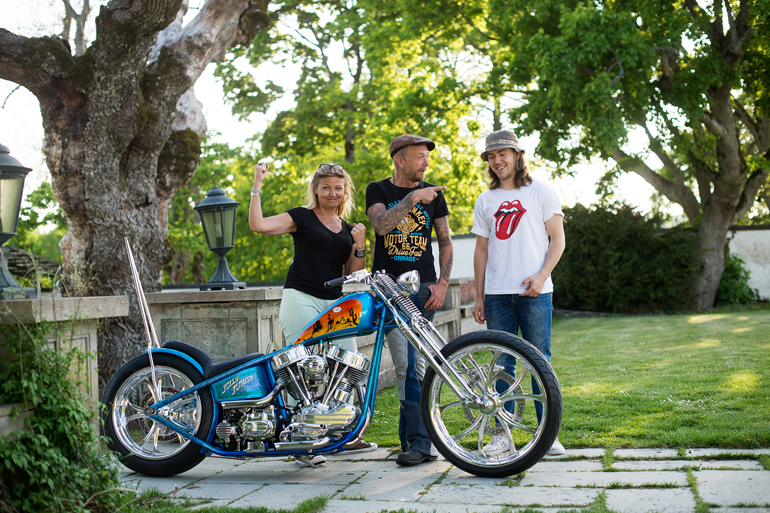 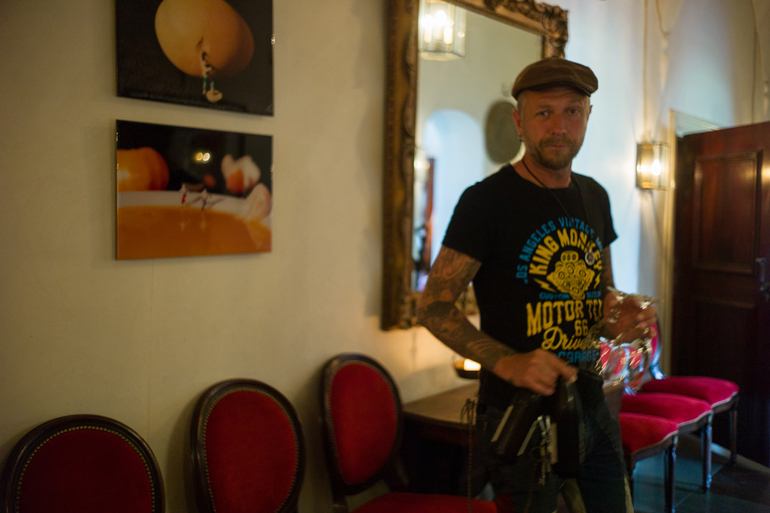 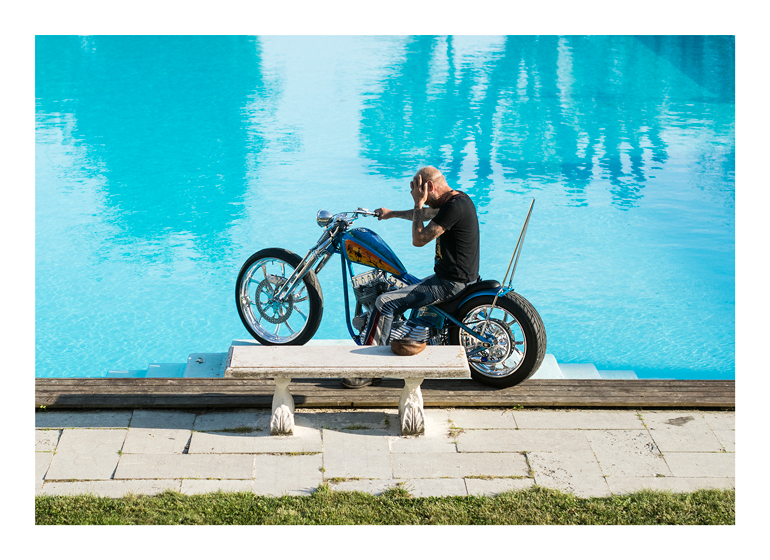 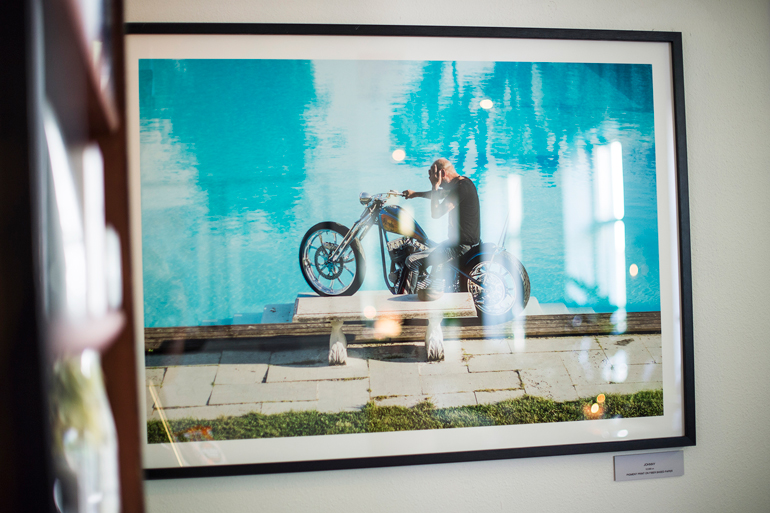