A New Years Eve spent at a silent yoga retreat in Sweden can benefit you in many ways, yet you attend in the intention of leaving relaxed, you might not think it would lead to love. Well as it turned out it did lead to a relationship filled with love for Therese and Takashi. And over 5 years later it was time to turn that relationship into a marriage.

Therese is a friend of my friend Niklas Skräddare who is an extremely talented stylist that I’ve worked with in multiple projects, he recommended me to her as she was in need for a photographer for her summer wedding. Swedish Therese and Japanese Takashi came over to Stockholm from England where they reside now, to have an intimate wedding with the closest family something I had the privilege to attend and capture.

I meet up with the couple at Grand Hotel the day before the wedding to get to know the couple a bit before the big day and the photoshoot. The photography started in S:t Jacobs Church where the beautiful ceremony was held, as the newly weds walked out of the church they where greeted with a shower of rice. Then the couple and guests started walking to Grand hotel for the reception. We stopped by Kungsträdgården to take some portraits and family photos with their kids Sarah and Sophia, when we got up to the hotel we got a golfcart and drove around with it.

Therese is a romantic at heart and wanted a Sleeping Beauty picture as she was awoken by her prince, something that she thought reminded her of the way they met, so we headed down to the water to take the picture. Therese’s dress is made by Bridal Rouge Gallery in London and Takaszhi’s suit is from Jens Dahlström’s shop at Östermalmstorg. Hair and makeup by Kim Ikonen and flowers from Grand’s florist.

Throughout the day I worked mostly with my beloved Leica, there’s something about it that makes me feel great when working with it, after all it is the worlds best camera. I also like giving the couple some space so they can enjoy their party and mingle with their guest’s. And as always the people at Grand Hotel where a joy to work alongside with. 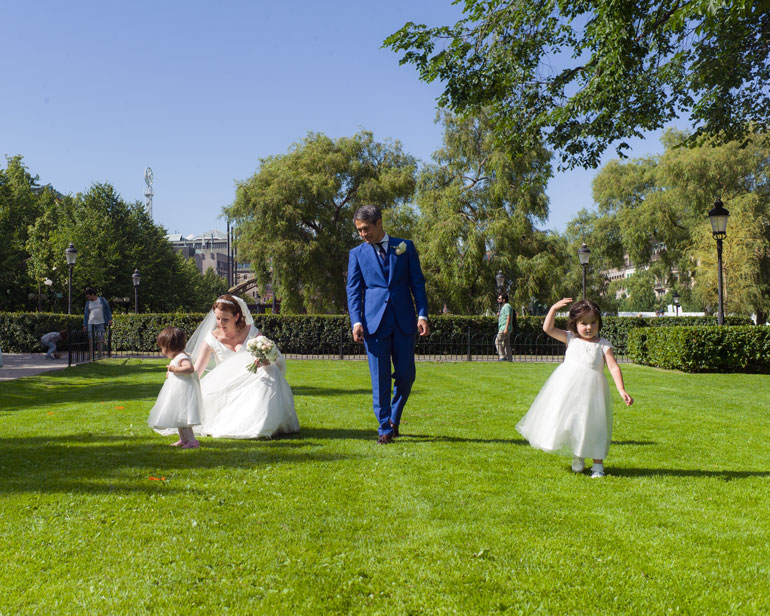 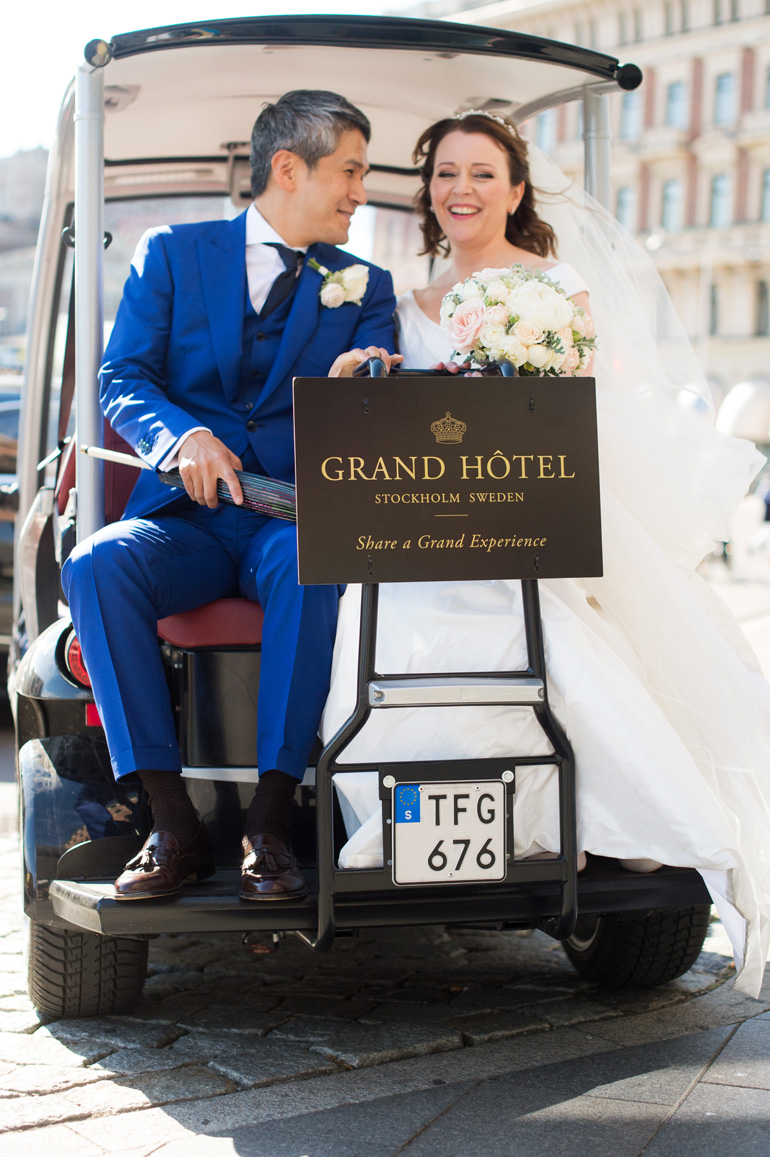 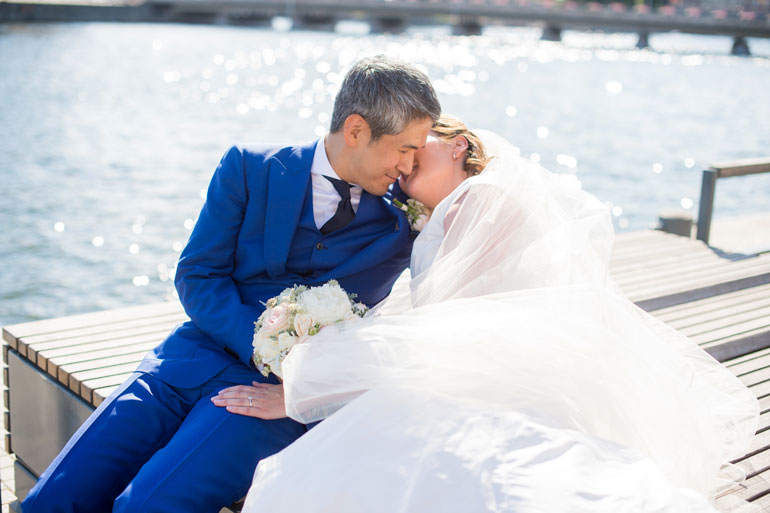 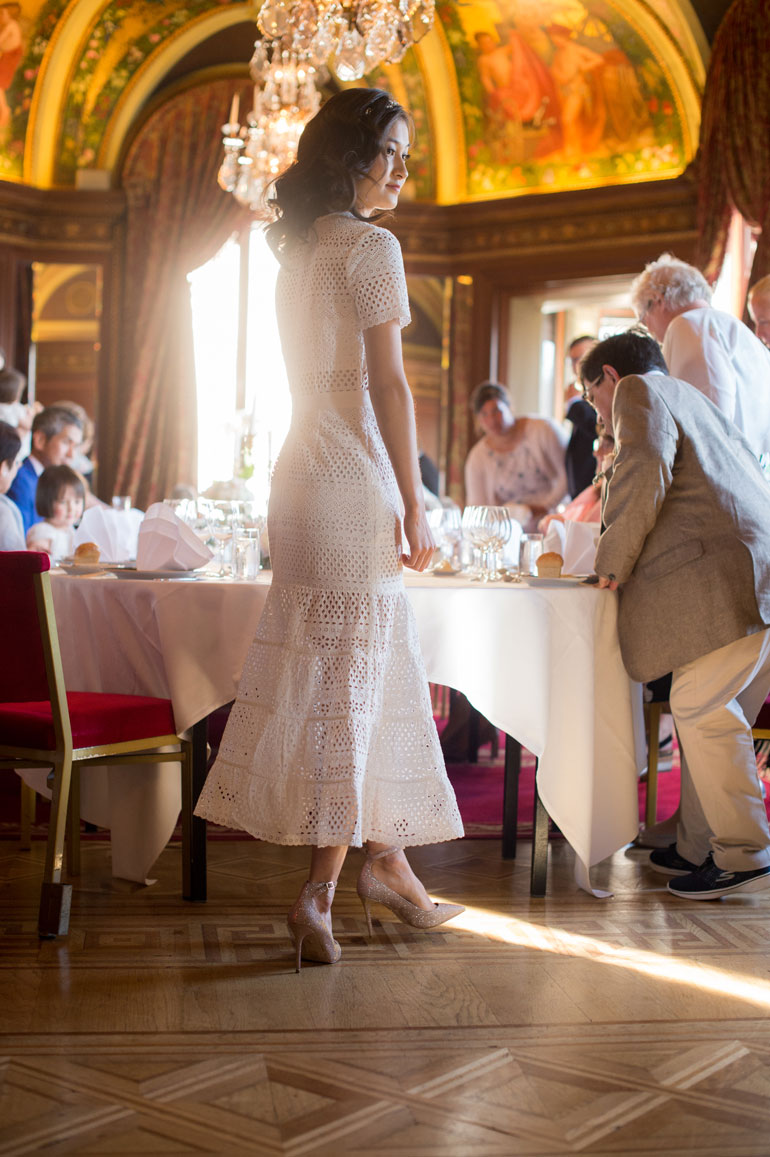 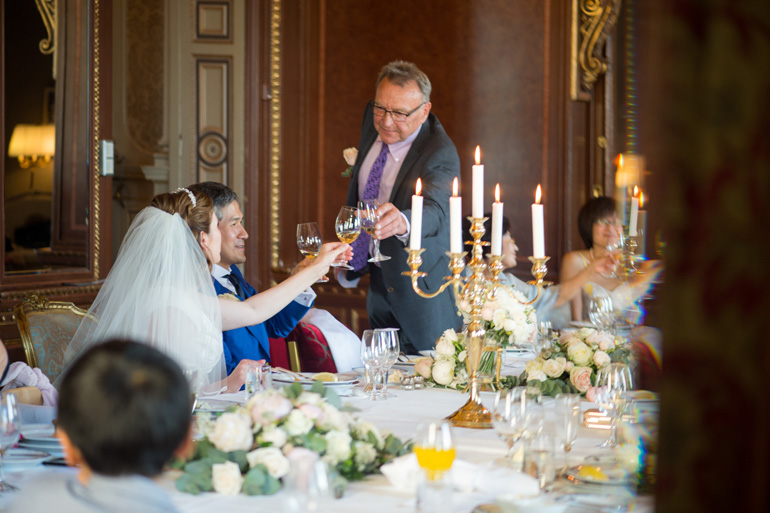 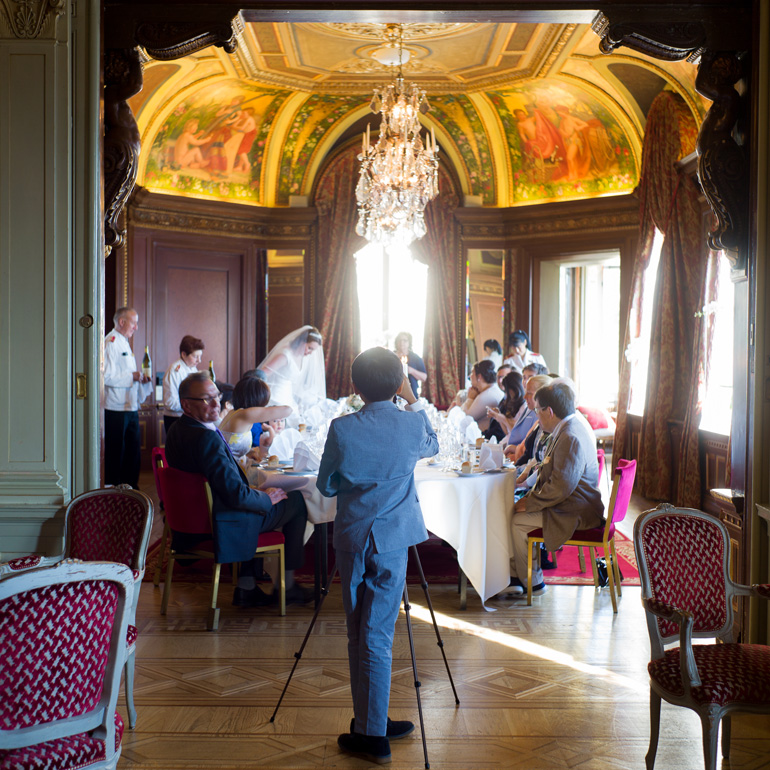 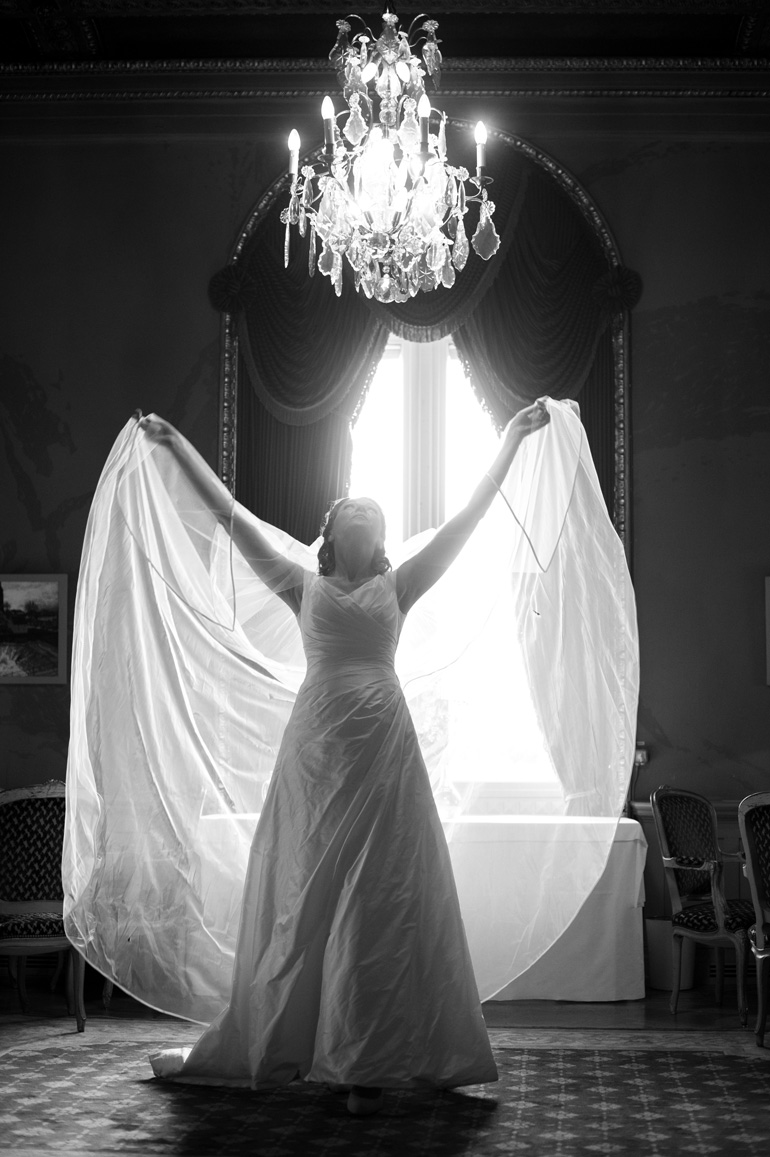 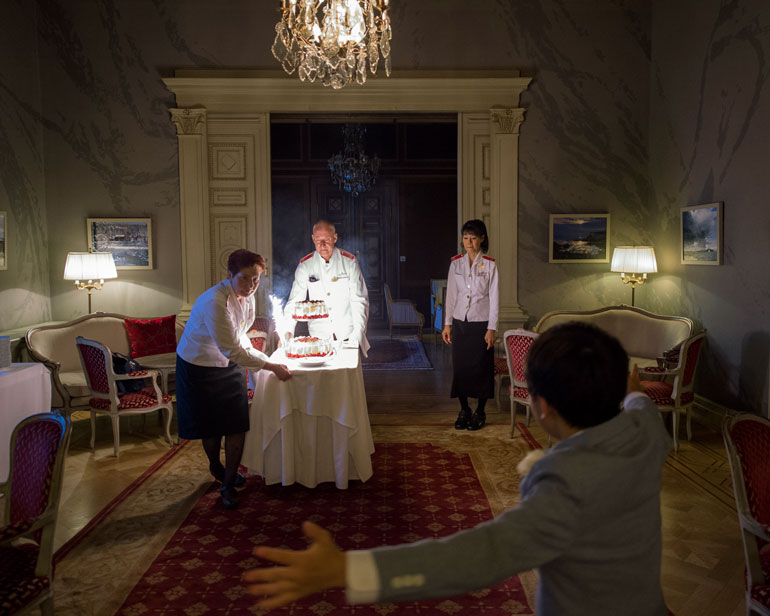