I got an email from Jenny & Jonathan Baker “We arrive in Stockholm July 8 let’s plan for you to come to Kappsta July 13 if that works for you”.

We have gotten to know each other over the years and I looked forward to having the family in front of the camera again. Jenny said “Now we have hired you on seven different occasions over the years” for the hotels in Sweden and New York, pregnancy photo when they were expecting Sienna, baby shower, the birth, sexy photo shoot at Jenny’s Häringe castle, I photographed and filmed the wedding in East Hampton , and now the family at their estate Kappsta Gård. Trease has grown up to a strikingly beautiful teenager, Sienna a real boy girl, and Tribeca the youngest a copy of Jenny. It was an intense and fun day filled with photography, homework and swimming in the lake.

When Jonathan asked me “Kicki what have you done lately?” Jenny quickly answered “Kicki has photographed some of our friends in LA, Ida & Rami Yacoub, Jenny & Alan Castro and more, and she’s coming to the hotel in 2022” (I will be exhibiting at their hotel The Maidstone in East Hampton next year). Jonathan asked if I managed to capture Rami’s person and his creativity (he recently received a Grammy for Rain on me with Ariana Grande and Lady Gaga) I replied I hope so. Jonathan wanted me to photograph the family in different locations. They also wanted me to do individual portraits. In the official picture, everyone is dressed in blue, I think it turned out beautiful. Jenny wanted me to photograph her and the girls at the statue created by an artist while she was pregnant with Sienna. We finished the shoot with the family jumping in the lake, it was the hottest night of the summer and Kappsta shimmered with gold when I drove home to Stockholm.

Jonathan and I photographed each other as we rode the bike to look for places and angles. We share the same passion for photography and film, and it’s always interesting to discuss camera angles and light. He is a Hollywood director, Paramount pictures, Inconcivable and Becoming Iconic on Netflix with Jodie Foster, Fay Dunaway, Al Pacino to mention a few. 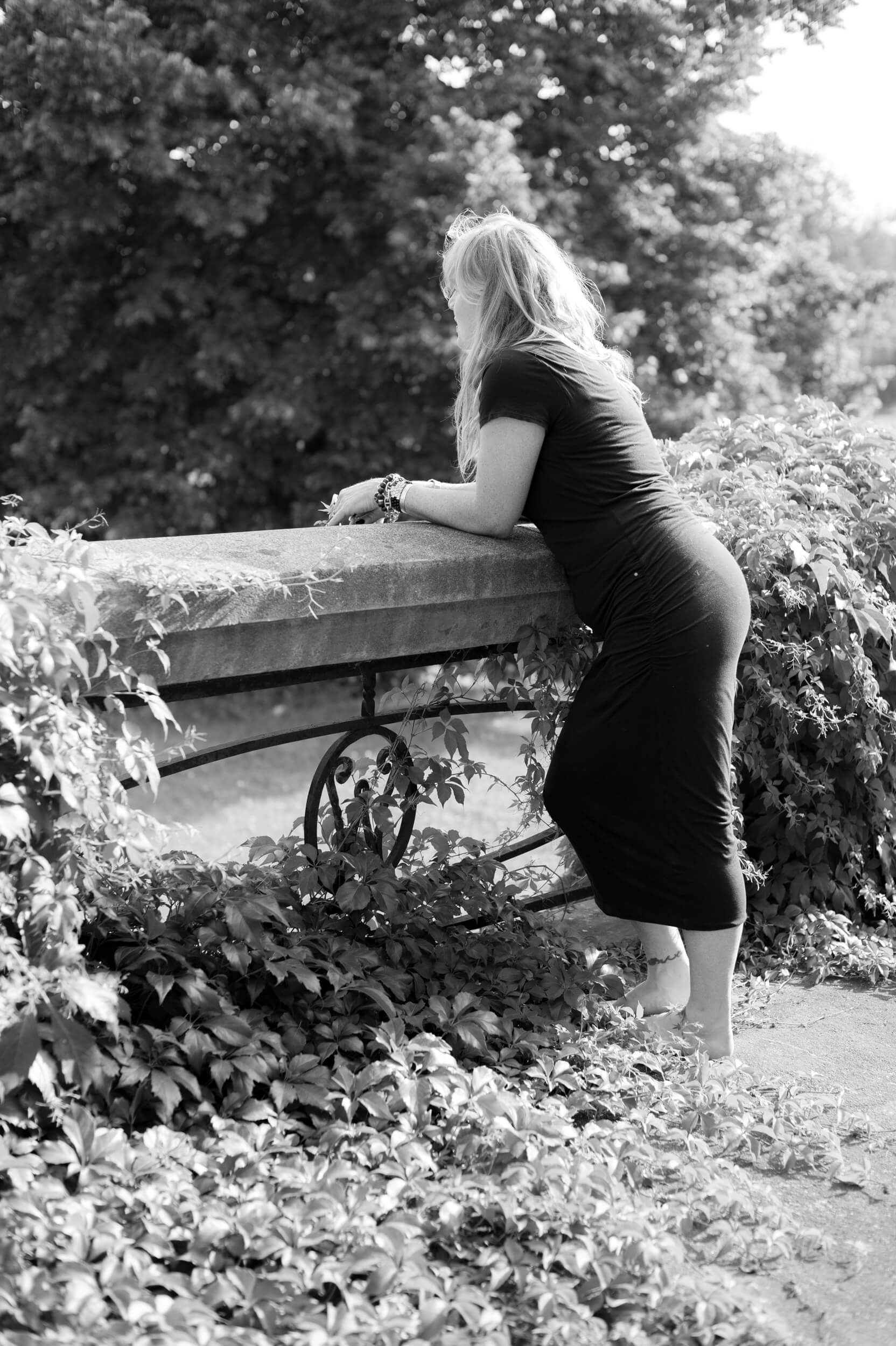 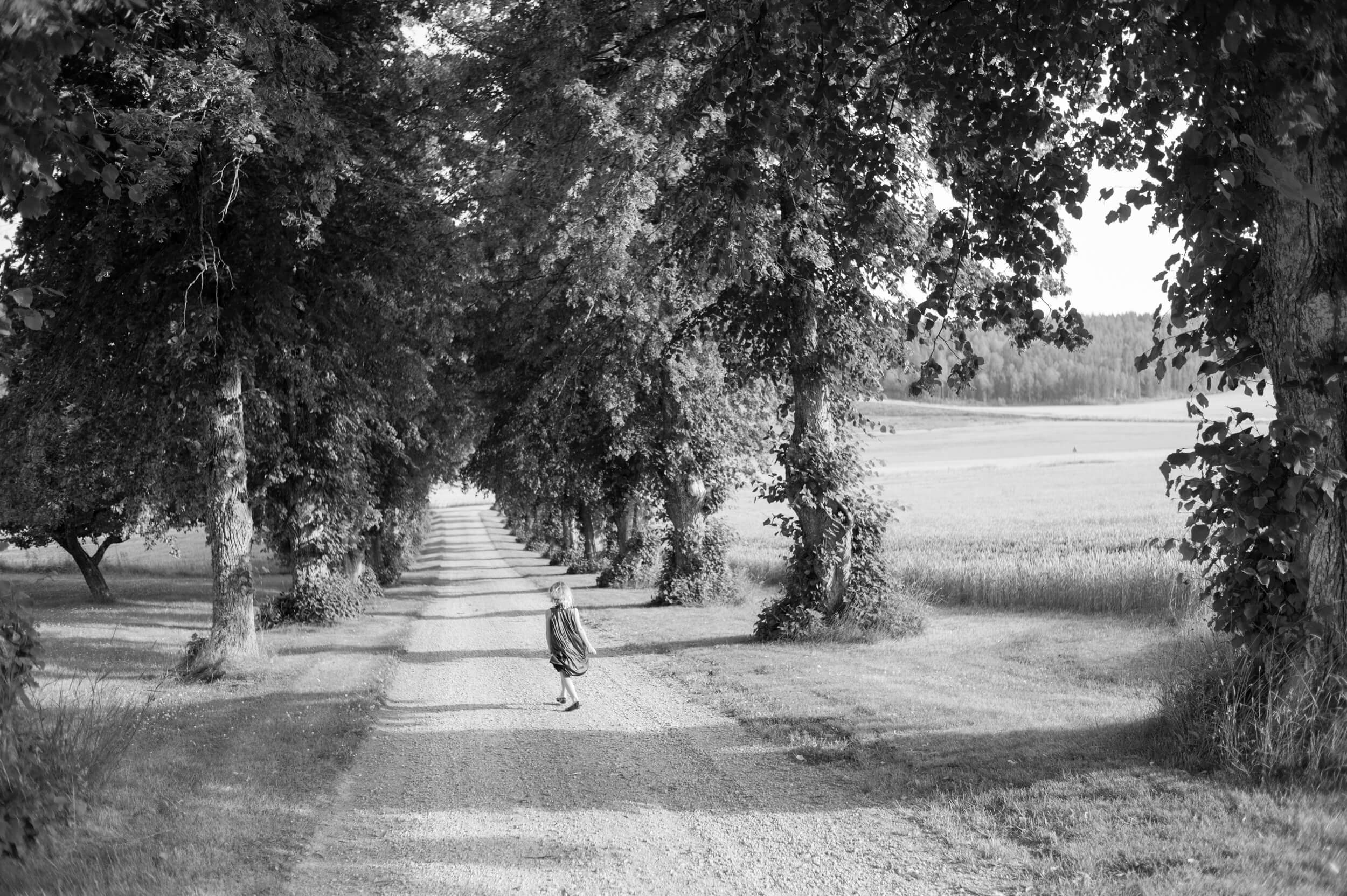 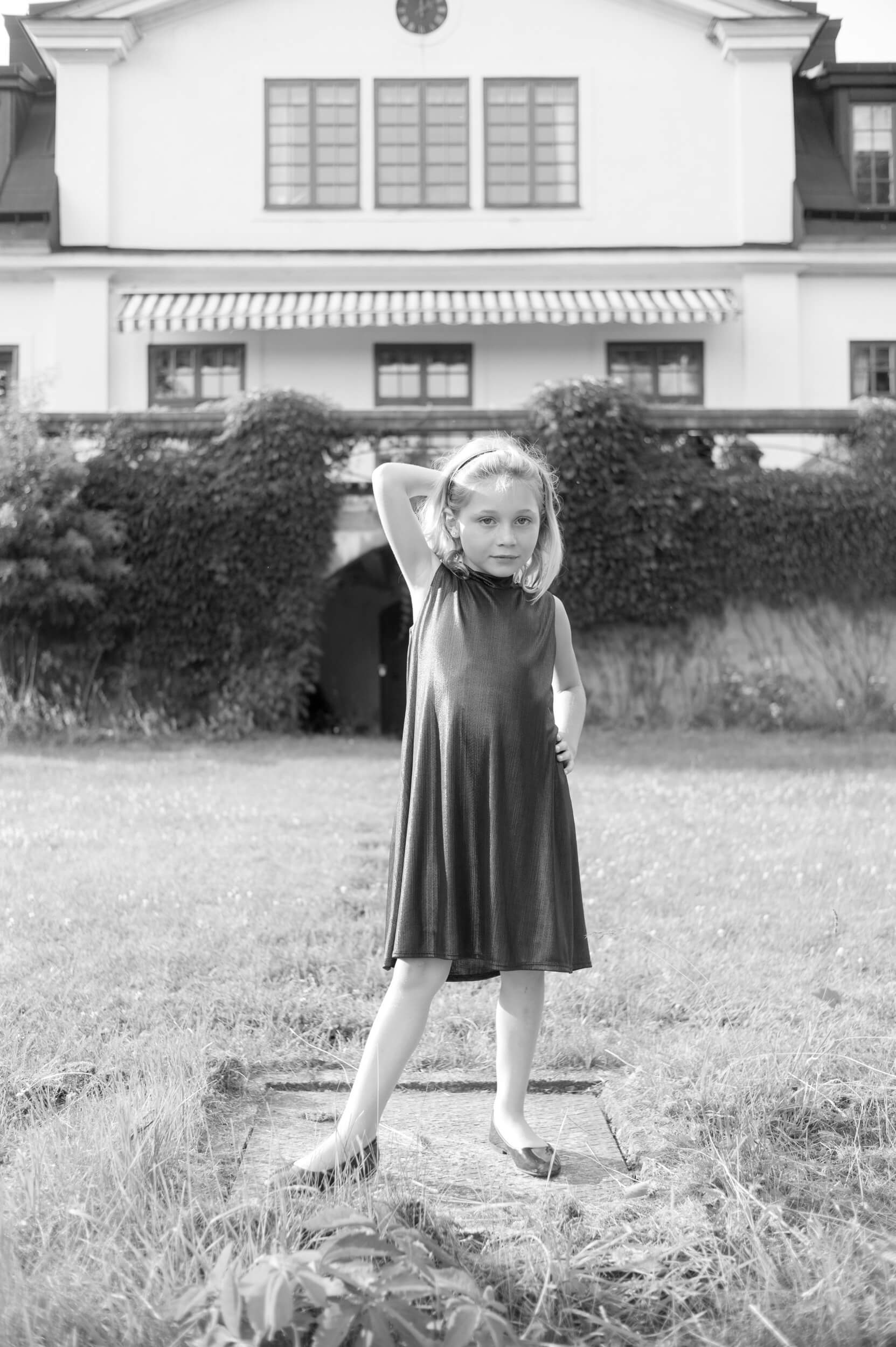 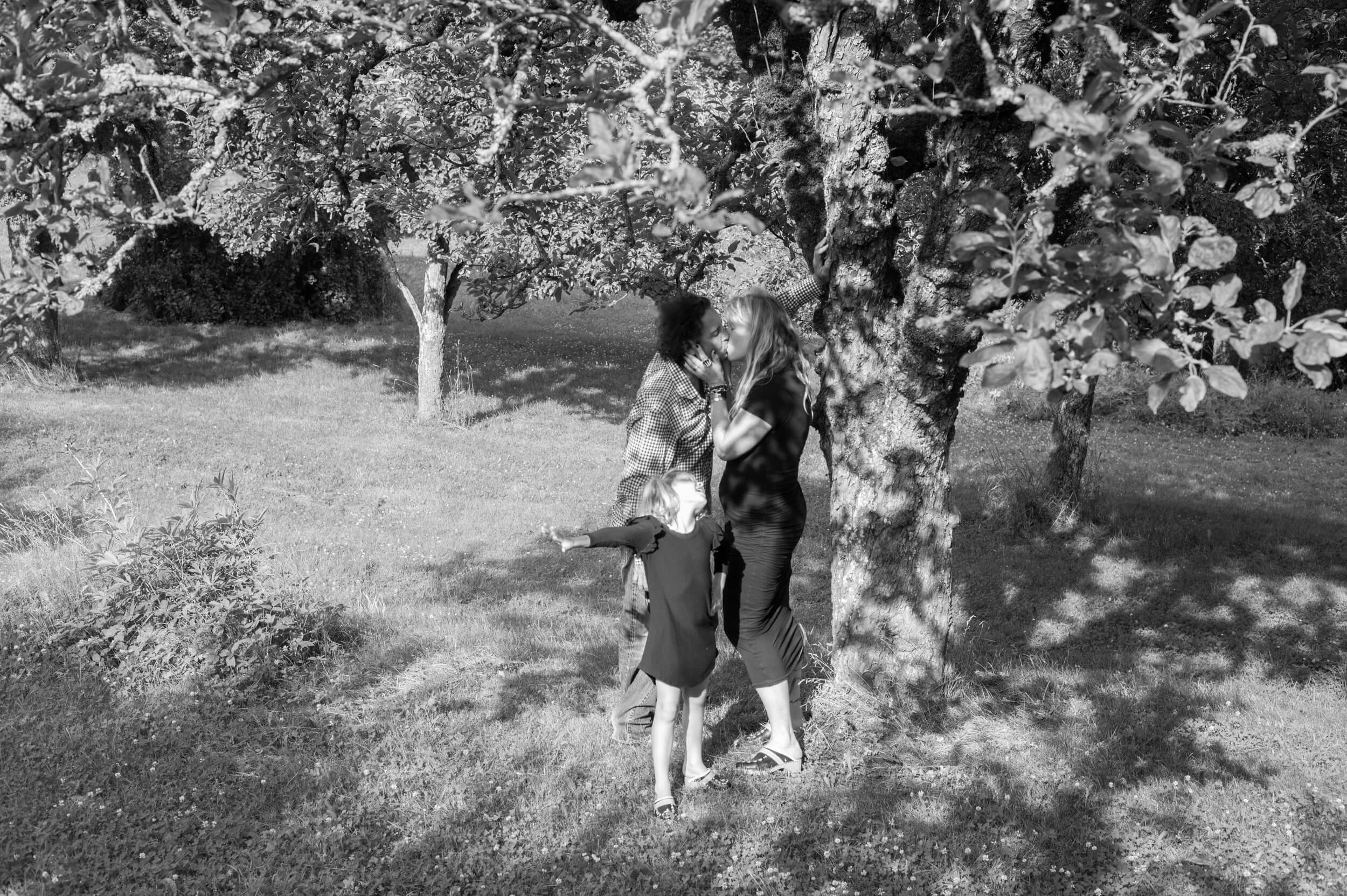 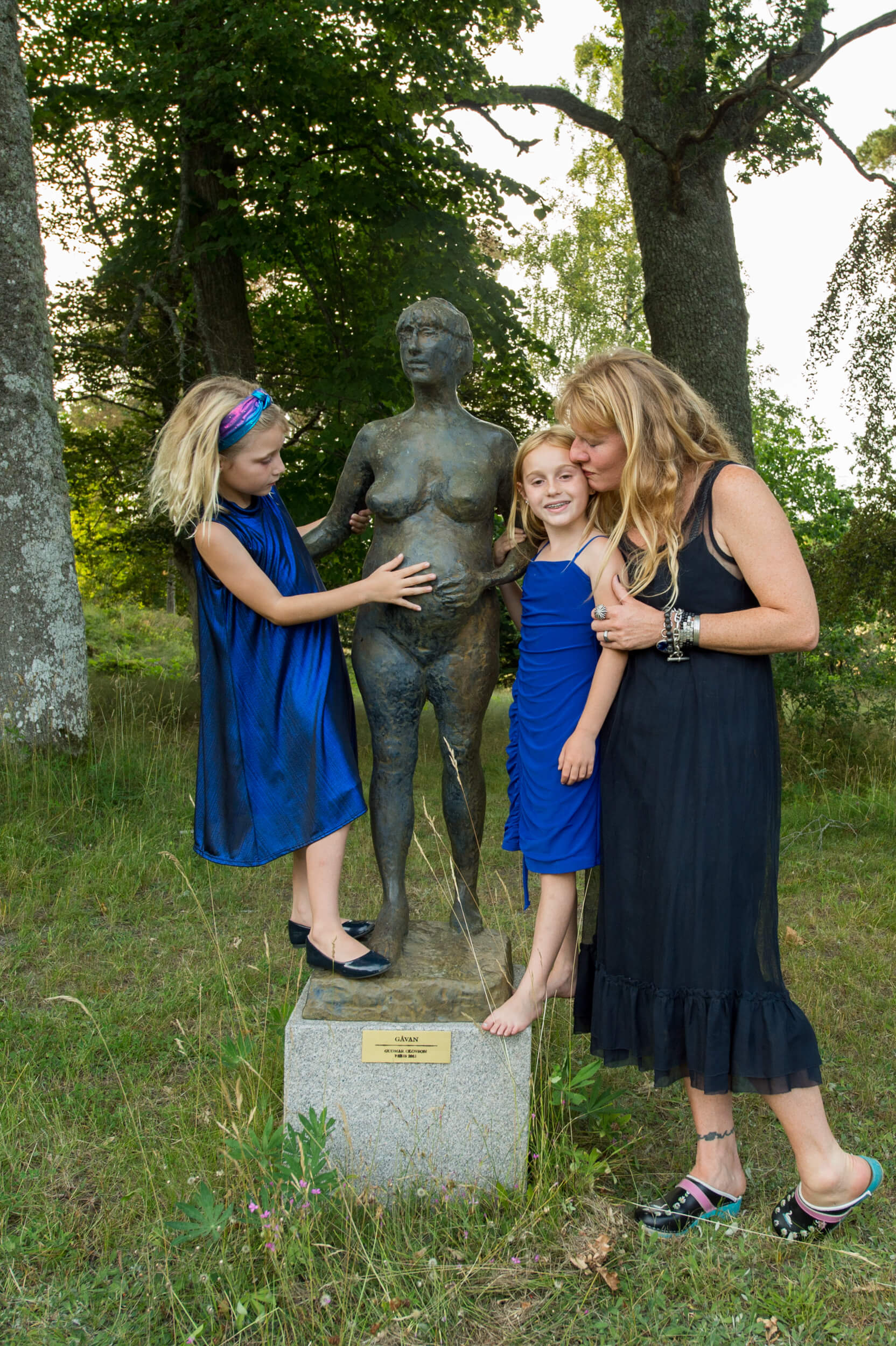 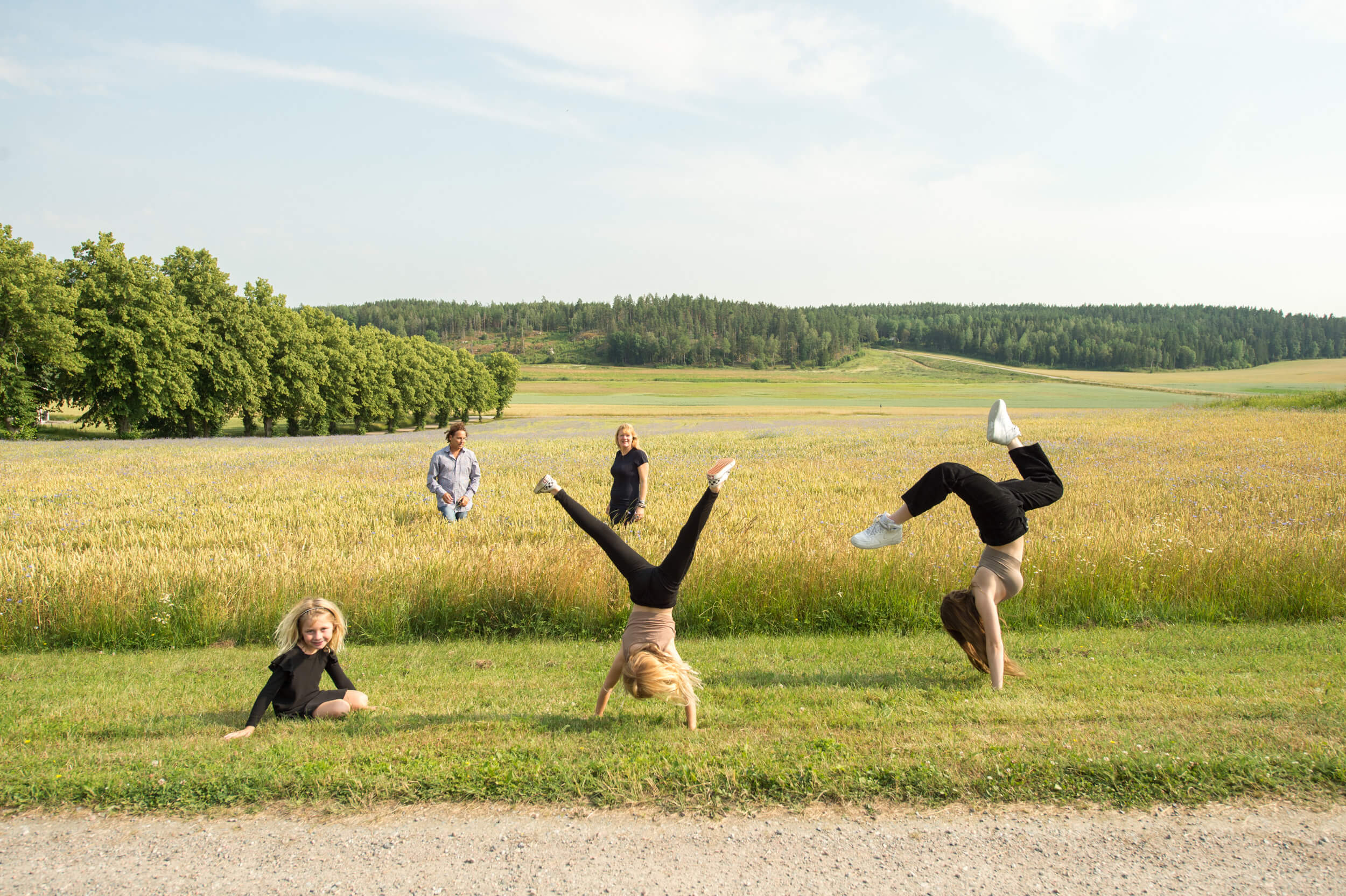 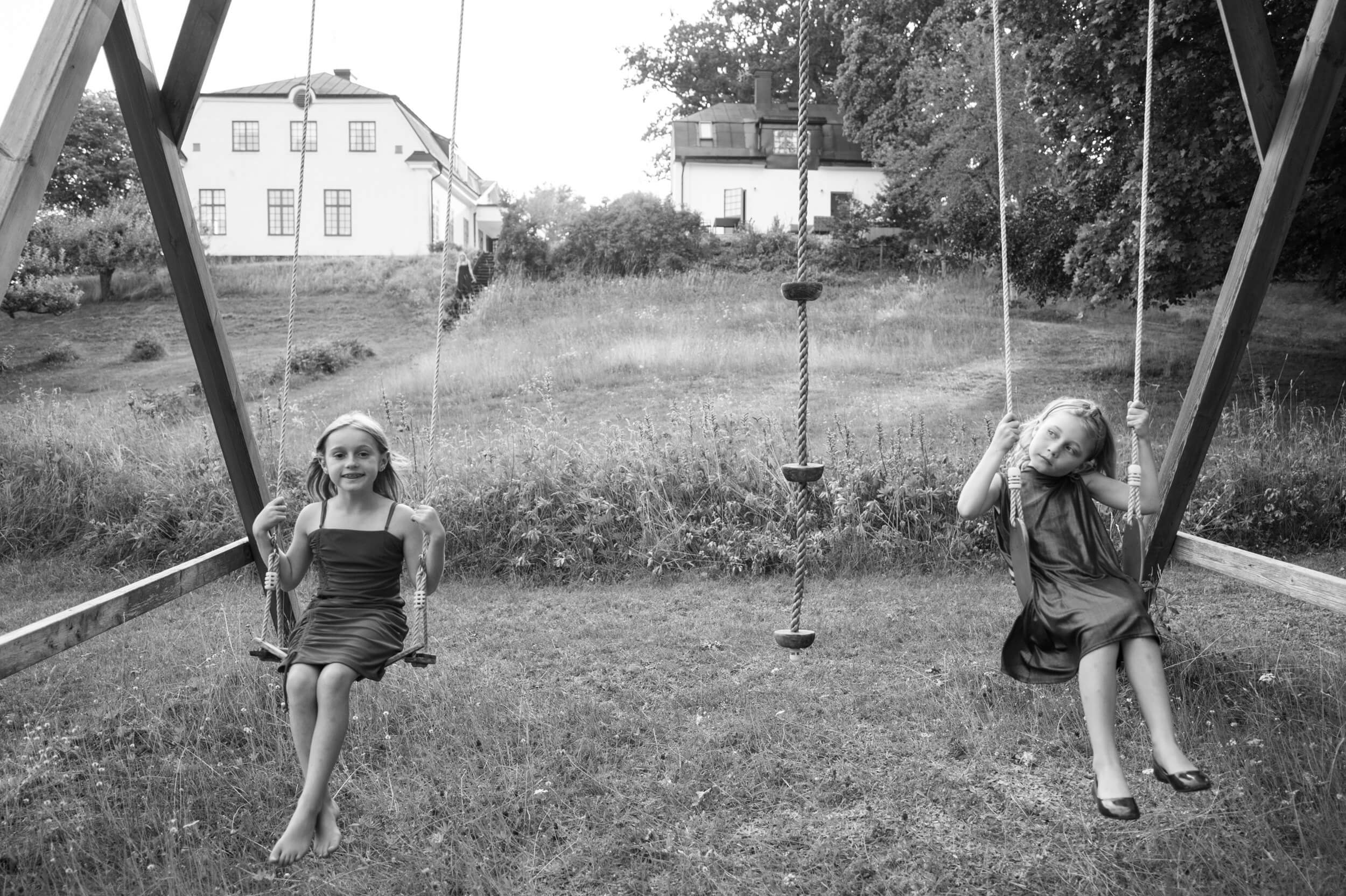 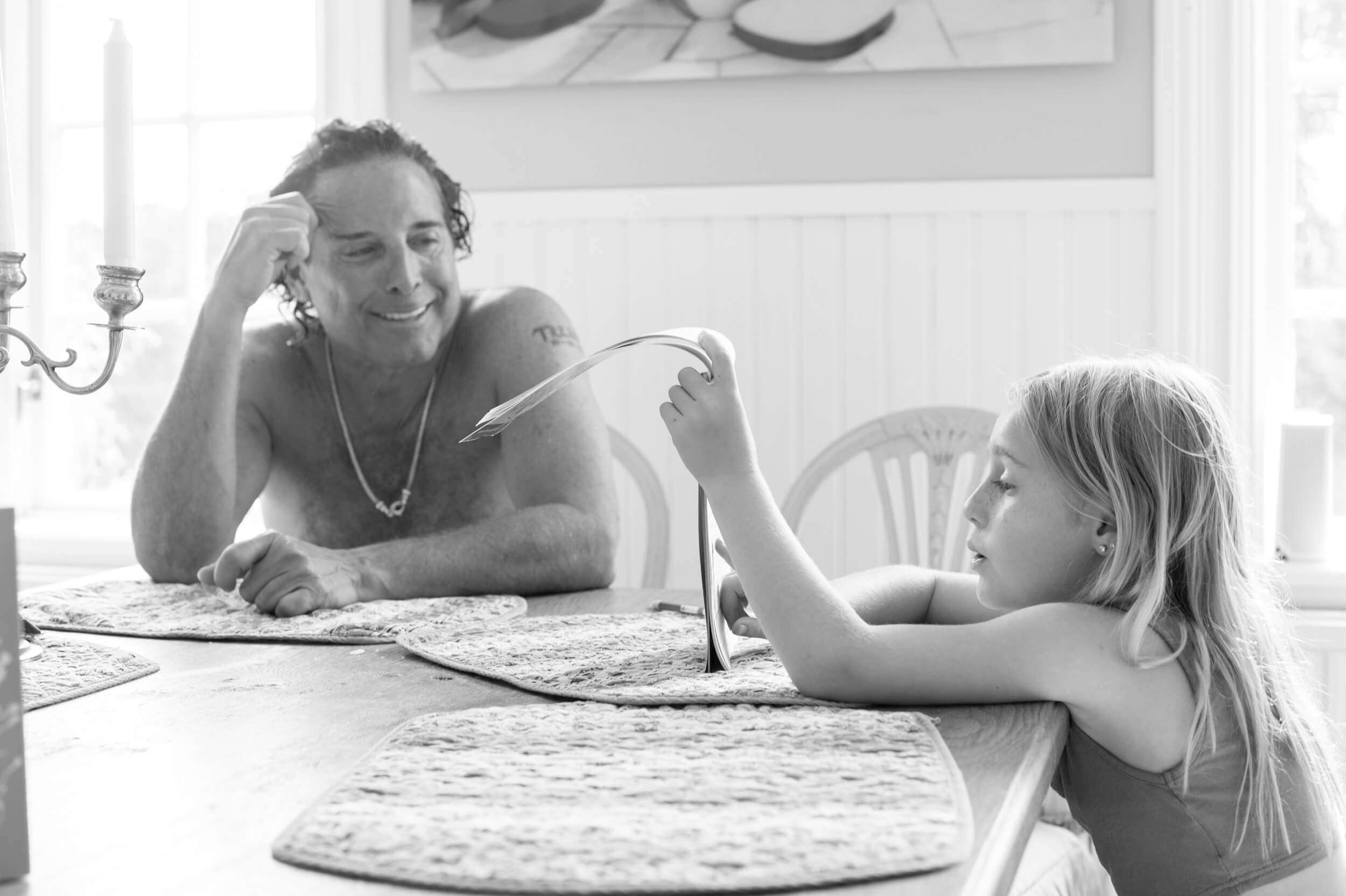 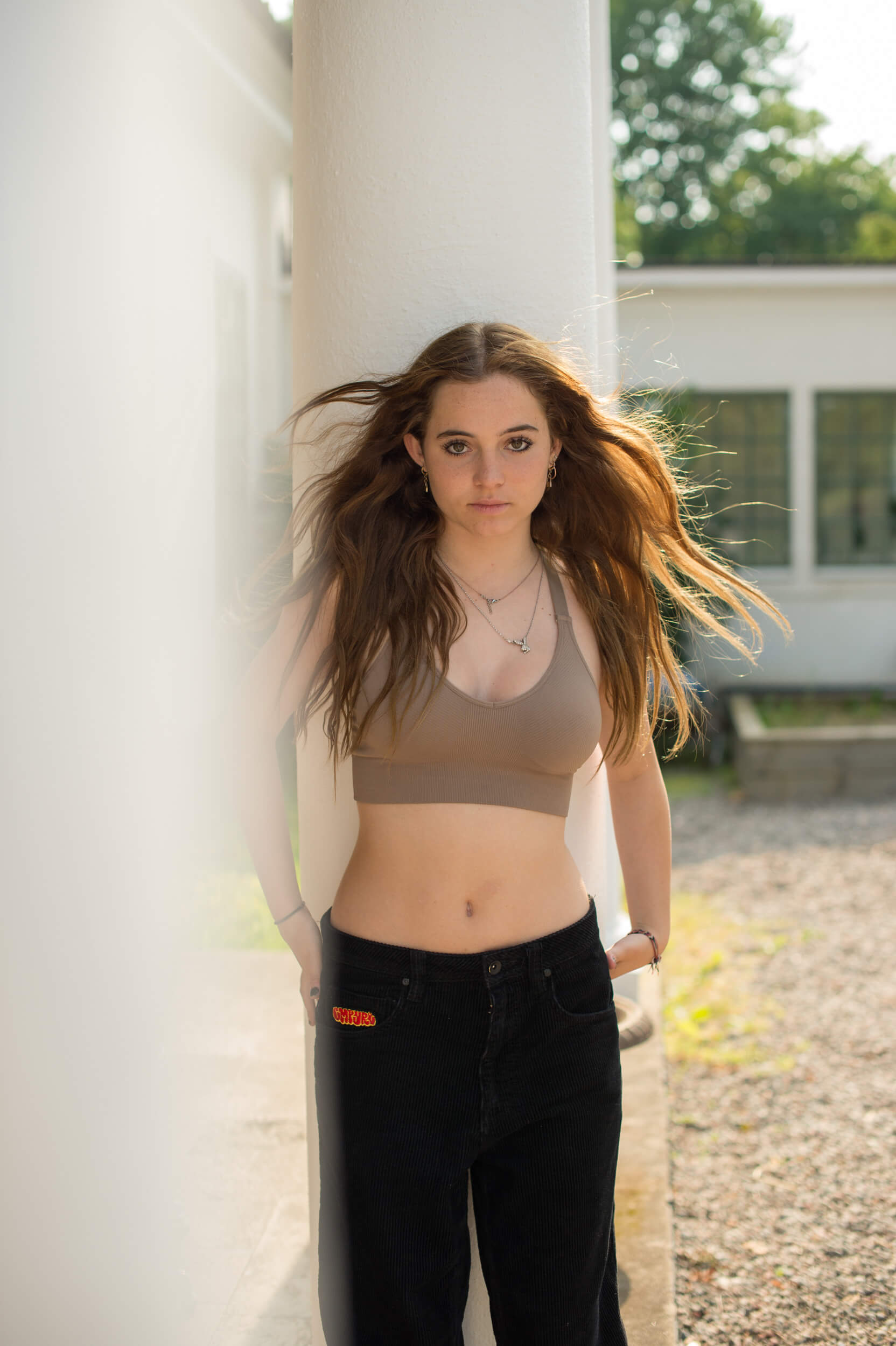 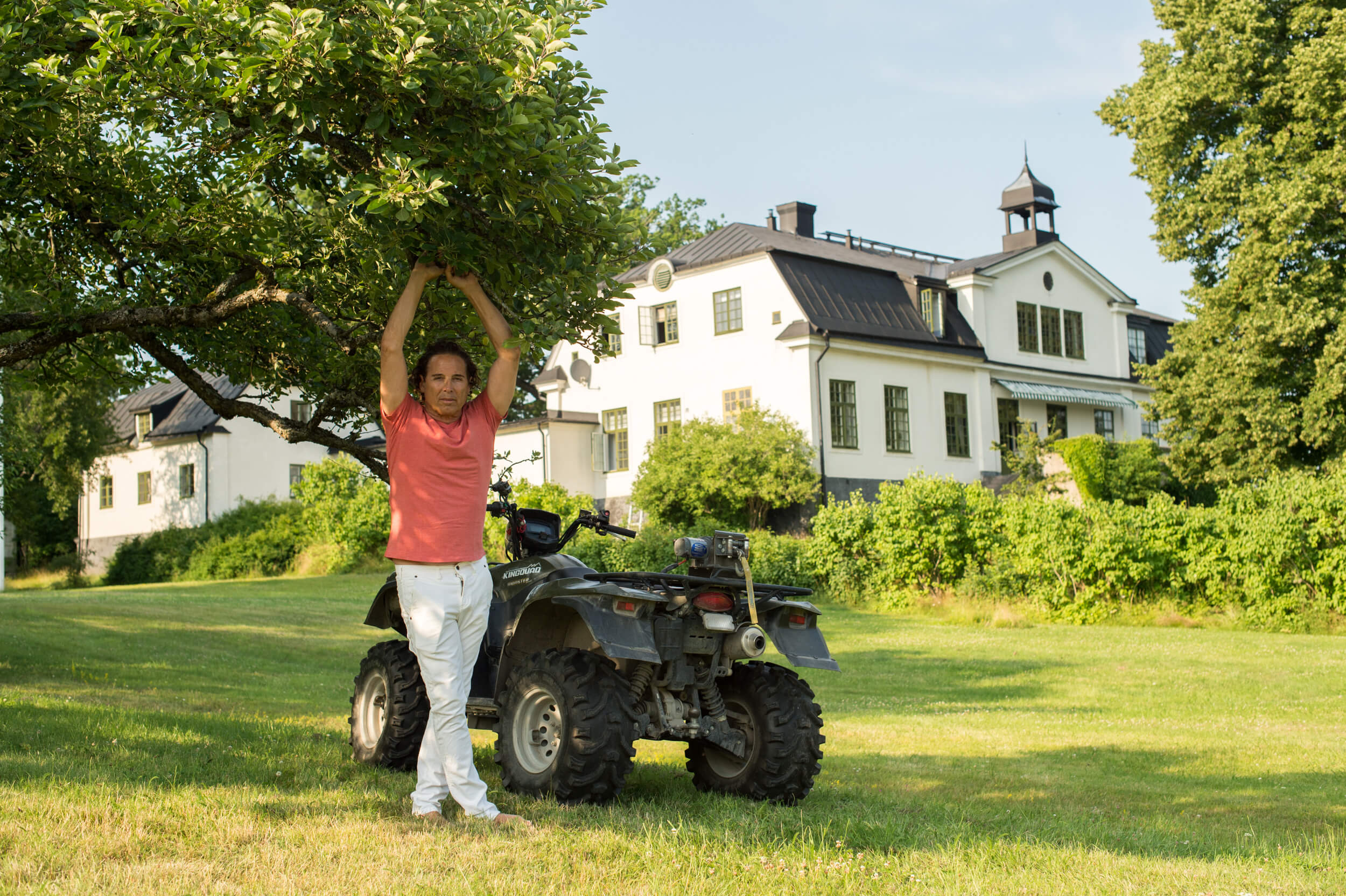 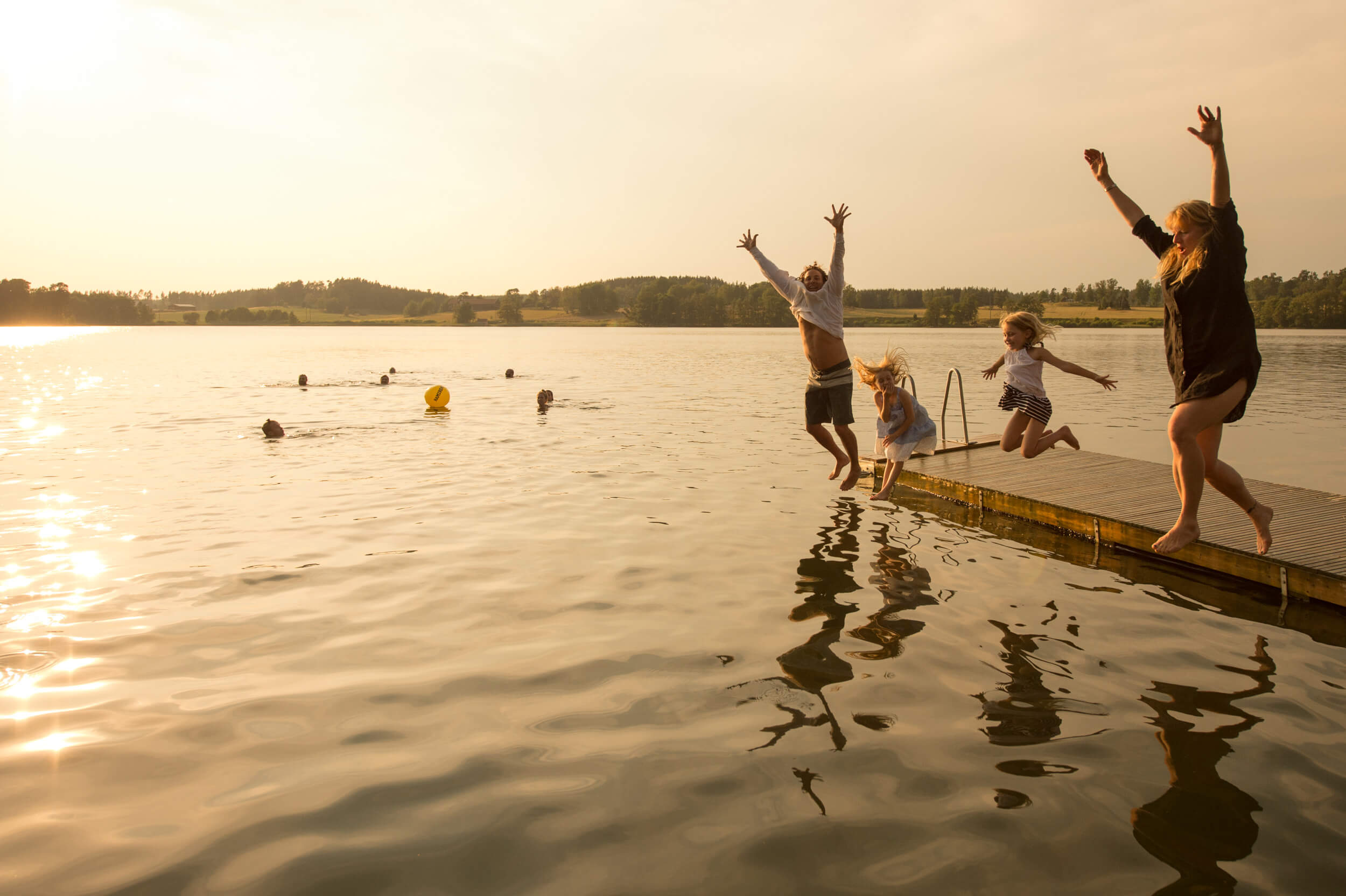