When we met before the wedding, they told us that Ahsan is originally from Pakistan and that Laura grew up in a village in Germany. They have lived in many countries and now they had decided to settle in Stockholm and to invite families and friends to a wedding here, they were so expectant. When I arrived at beautiful Riddersviks Gård, Laura and her mother and sister made arrangements in the wedding suite, meanwhile, Ahsan was with a friend in another room. He was dressed in a traditional Pakistani wedding suit, he was very handsome.
Laura told me that she found her dream dress in a shop at home in the village in Germany. Soft chiffon and beautiful lace, not so complicated, so suitable for her personality.
Ahsan’s parents followed him to the wedding venue under a cherry tree with the lake in the background. Laura made an entrance with her mother and little sister. Laura’s dad played the guitar and their friends sang. It was atmospheric and very romantic. I came to think of Shakespeare, and during dinner, Laura’s mother said that “what first seemed daunting turned out to be great happiness”. She quoted Shakespeare “Everything will be good in the end, and if it is not good it is not the end”. Both children and adults blew soap bubbles in the garden, it was very romantic all in all. I sneaked out during dinner and discovered a fabulously beautiful spot in the last rays of sun – how would I do, could I ask the couple? I went in and whispered to Laura about the light out there, that they would get the most adorable memories. Those pictures became “The money shot”.

I asked if they wanted to jump in the lake the next day, with wedding clothes on. Ahsan answered – “Ok I will do it but you must remember that I am not a good swimmer”.
I had the idea when I was checking the area a few days earlier. I saw kids jumping in from a small jetty, it looked so nice when they were in the air and I thought I would like to photograph L&A in that way. I arrived at the jetty in the morning after the wedding, and when L&A came, everything was prepared and ready. Ahsan was a little worried but Laura said: “you are my husband now and I will take care of you, don’t worry”. They jumped in, Ahsan swallowed some water but it went well and Laura helped him up on the jetty again. Everyone applauded and cheered for the newlyweds. What a wonderfully fun way to end their wedding photography. 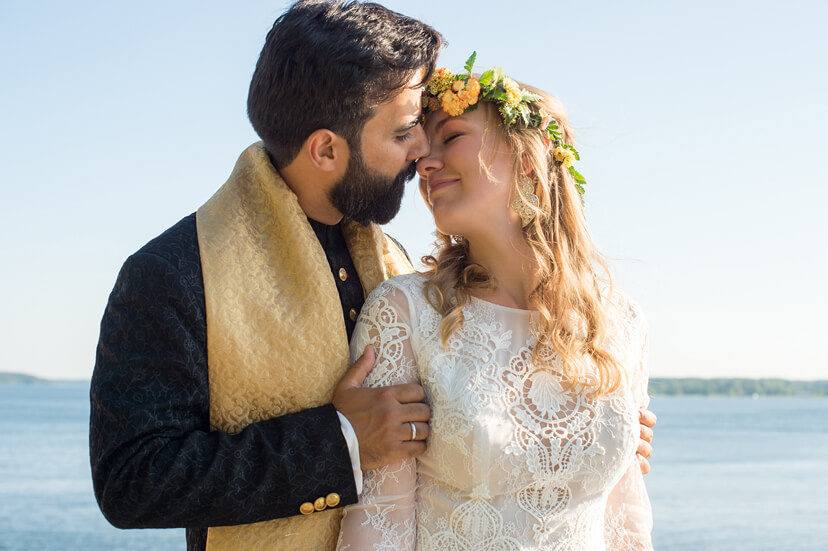 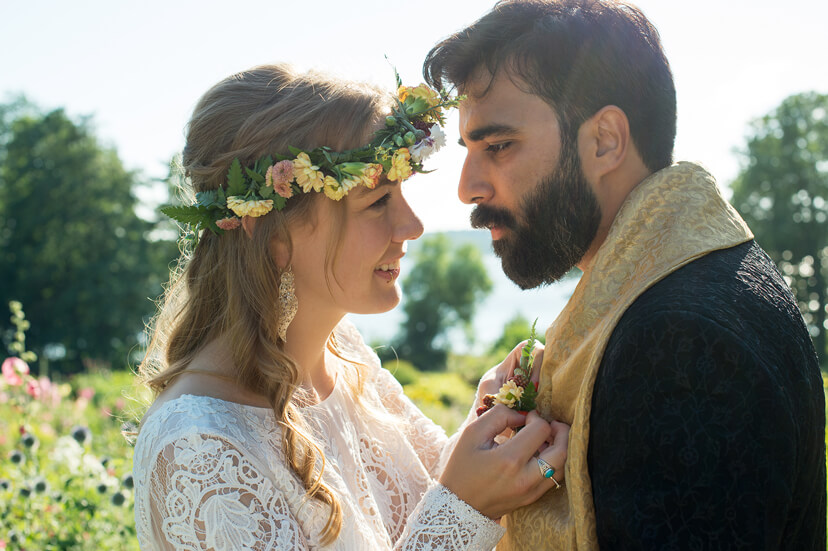 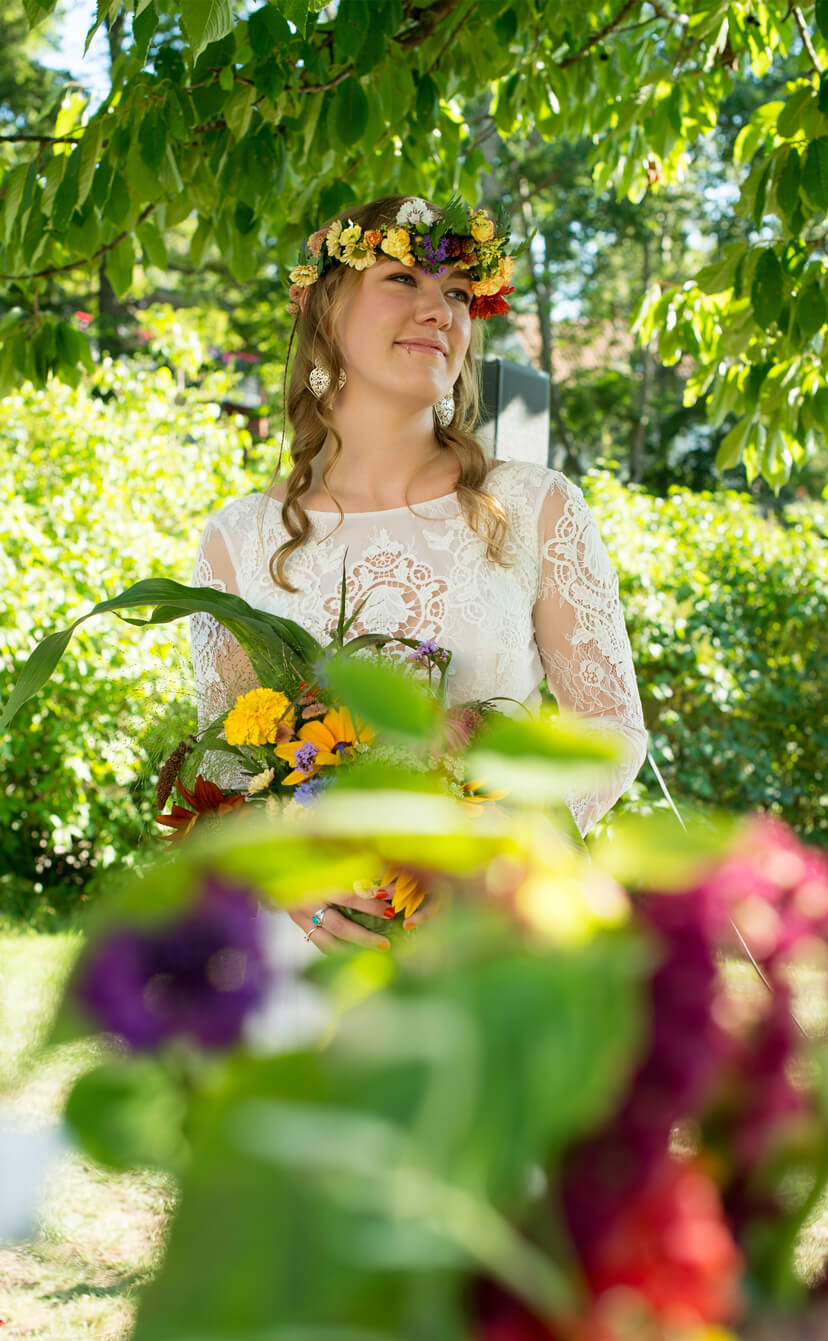 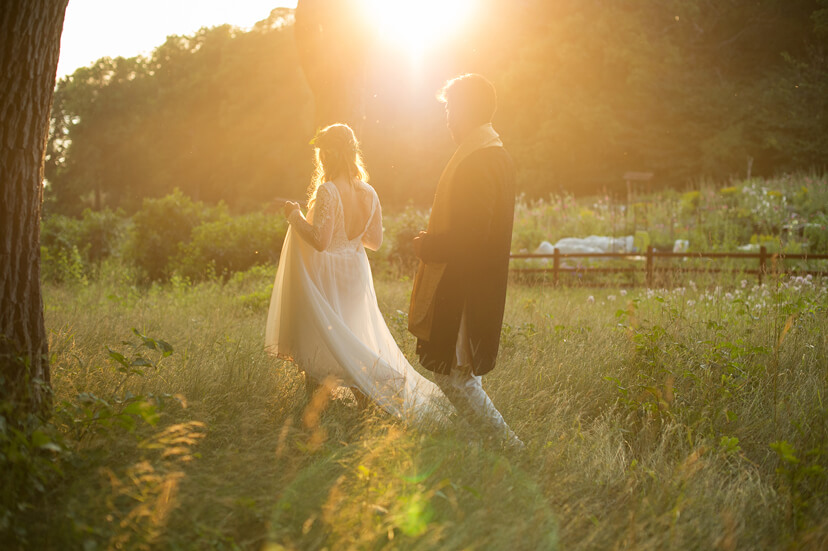 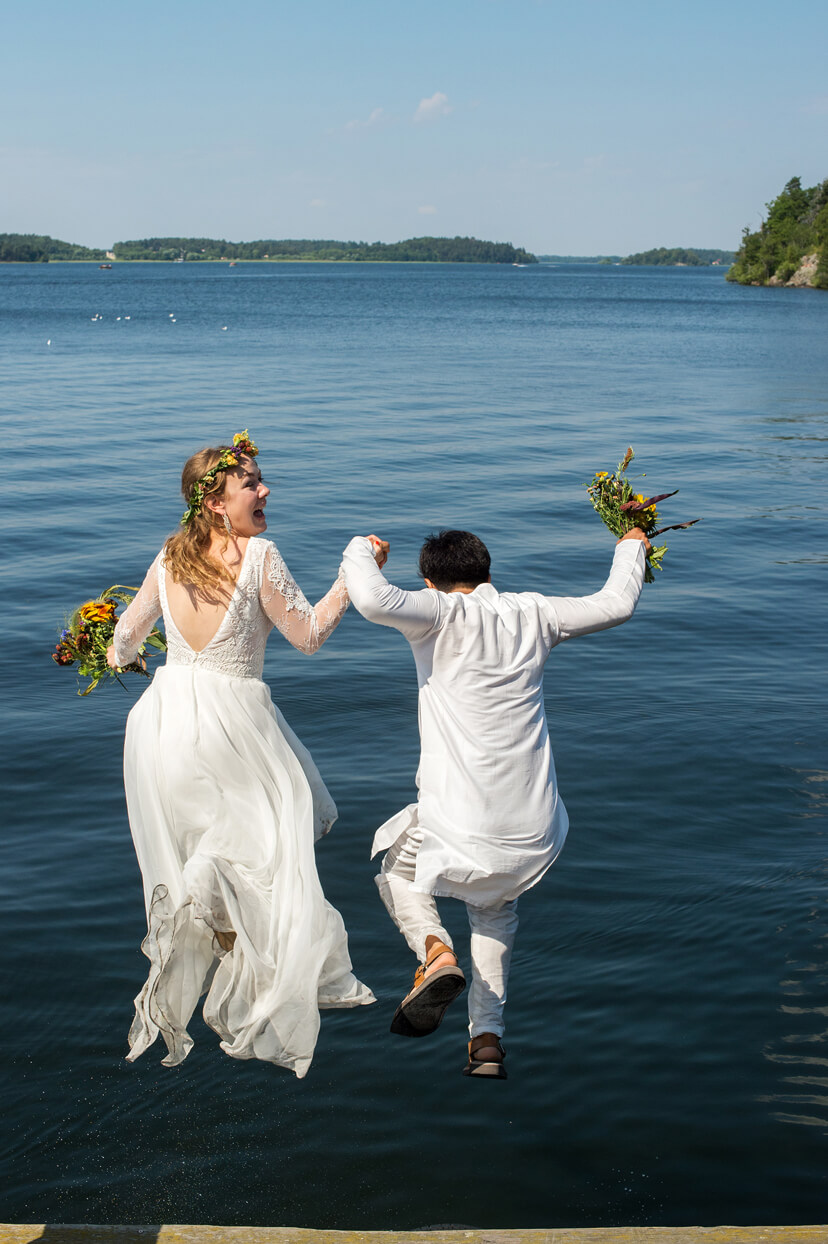 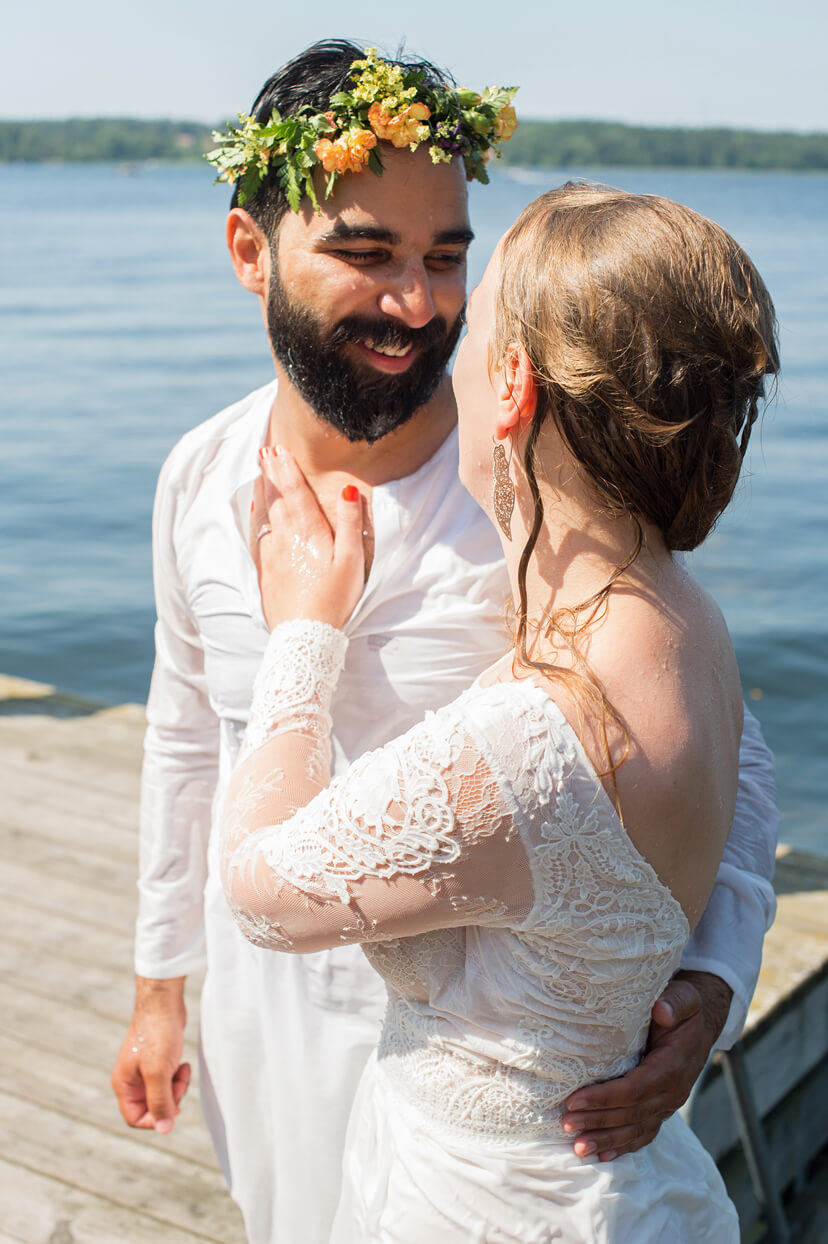 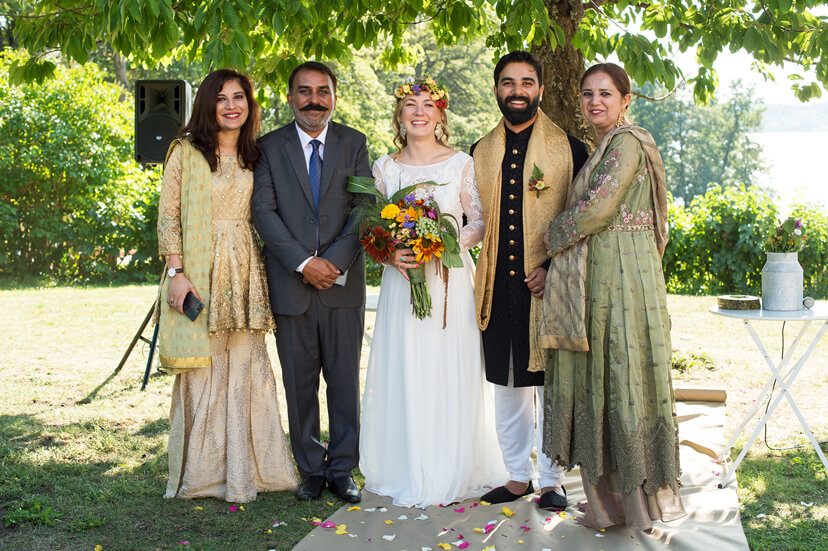