The filmmaker said: You just placed her there on the stairs? Yes, nowadays I make sure to get the pictures that appear in my head. I mean, you don’t get a second chance.. He obviously heard when I asked Brenda to go down the stairs, that it would be such a nice composition, but quickly because the staff was about to serve dessert. It was Stockholm Marathon yesterday and I was hired to photograph for 12 long hours. Today it feels like I have run at least 2 Marathon..with heavy camera equipment. When I came to Hotel Reisen in the morning to photograph the brides preparations, Brenda was sad about the grey weather, I calmed her explaining that as a photographer the weather was perfect: no hard shadows, it’s cool, we don’t have to sweat. When we arrived at the church and the bride would be dressed, the priest Kristina was very clear with the fact that photography may only take place at a great distance, – outside the railing of iron that runs around the altar area. She referred to the Crown Princess saying she wants to be private. But when I explained that we had worked together before: did she remember when Per’s uncle Bo Victor married his wife Linnea 8 years ago, I was a witness, they were at the age of 75? she changed her mins saying she would make an exception. I wanted so much to give B&P the “Kiss” immortalized. Guests and tourist´s cheered on the church staircase when the bride and groom came out and people livingin the house opposite looked and photographed three their windows. A boat took us out on the water for a tour. I had the privilege to go by horse and carriage together with the bride and groom from Djurgårdskajen up to Skansen. They served osters and champagne, a group picture was ordered so I went up on a small balcony to photograph all the guests, I wanted Gröna Lund and the water in the background. During the dinner Brenda’s father said to me “Kicki I have traveled all the way from Lima to see my oldest daughter getting married, isn’t she lovely”. There were songs and speaches all night long. When I sneaked away to see if I could find a place for a last portrait of the bride and groom, I ran into the Samba group. At midnight my pumpkin arrived, and as the taxi driver said “And now run to bed”. 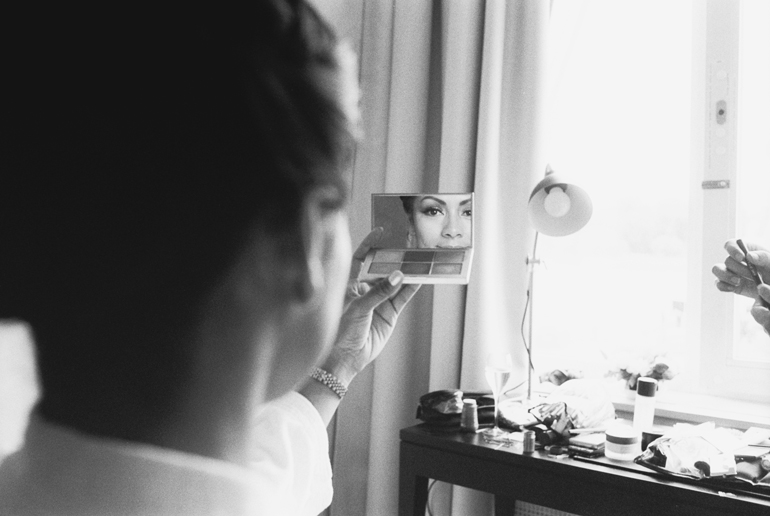 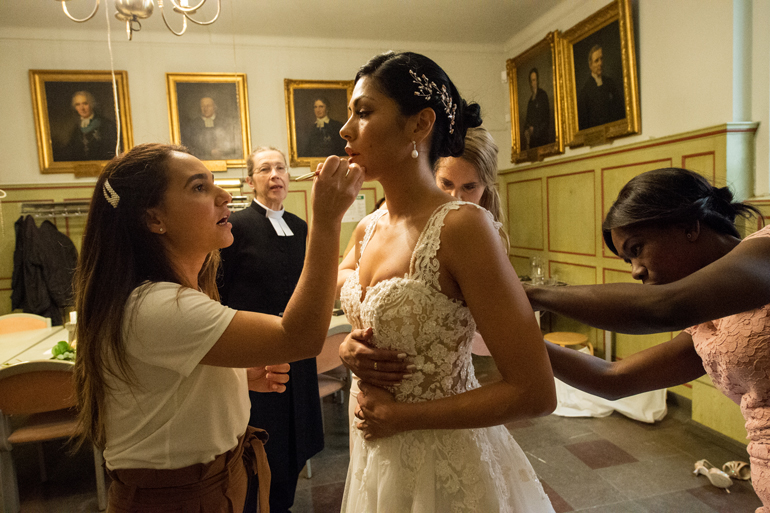 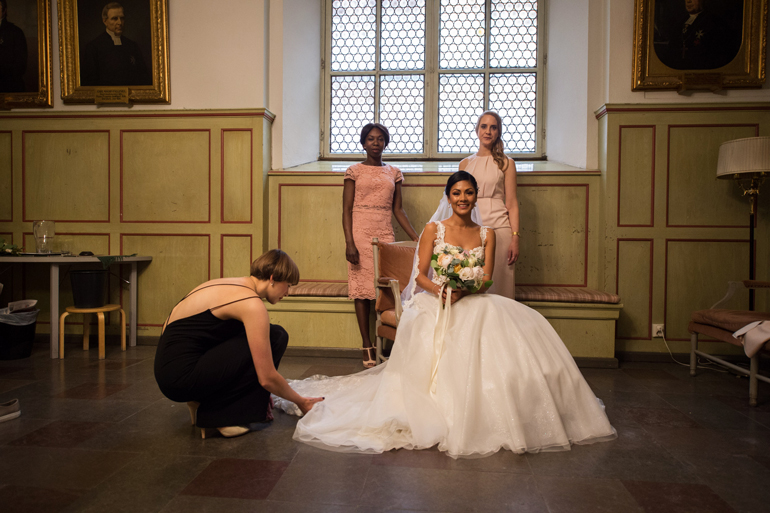 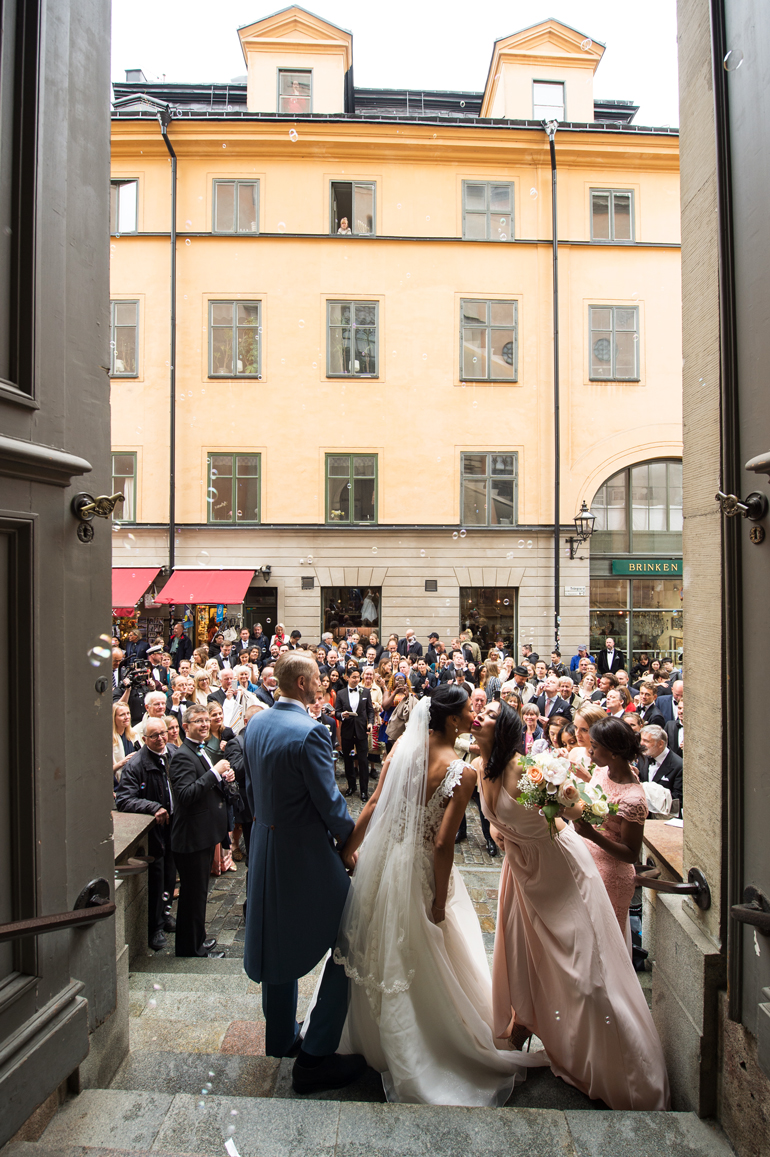 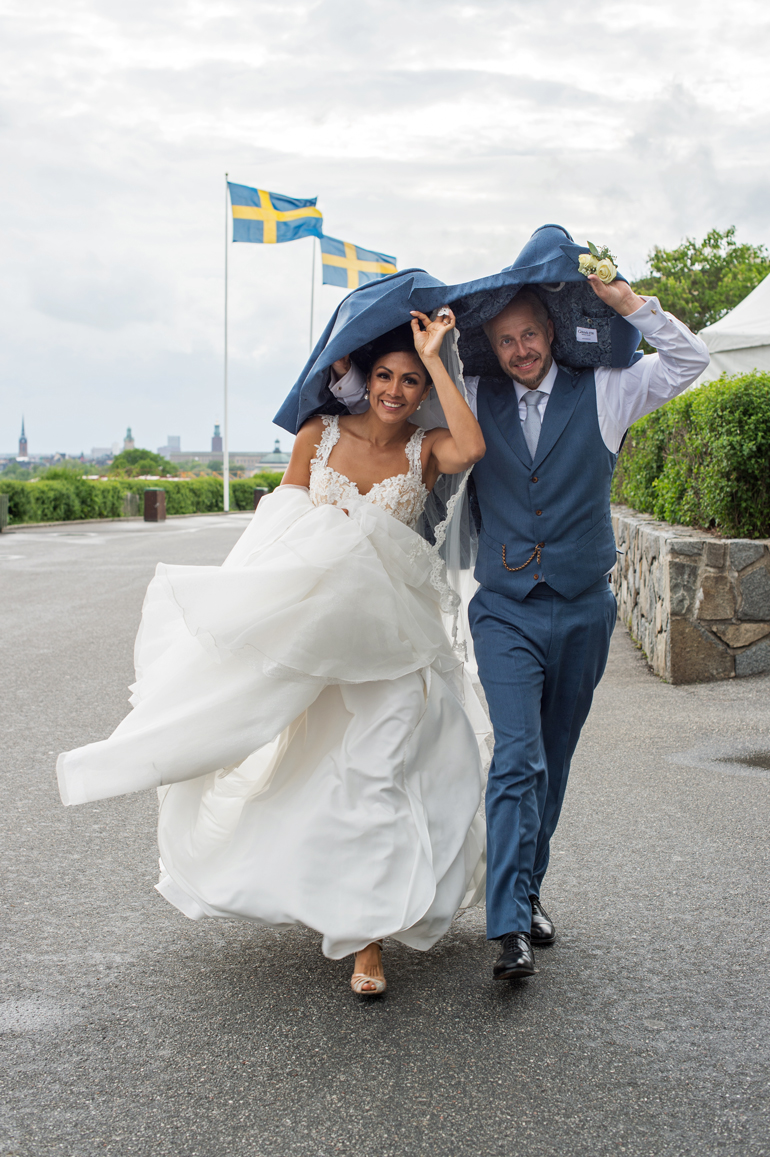 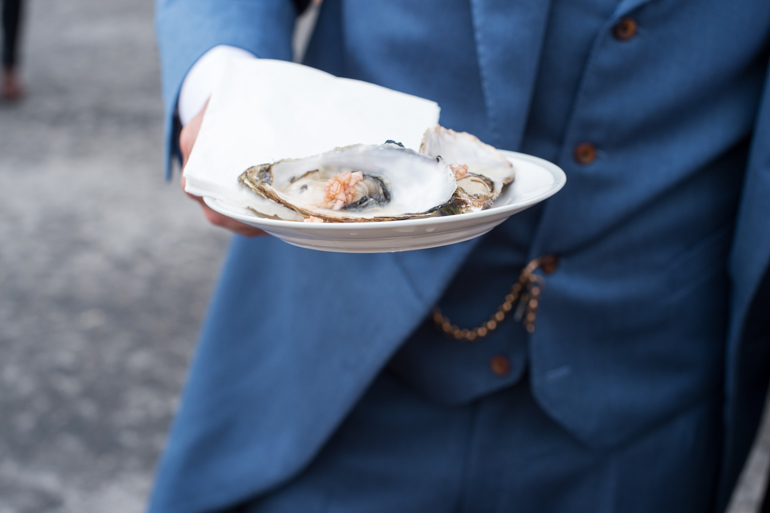 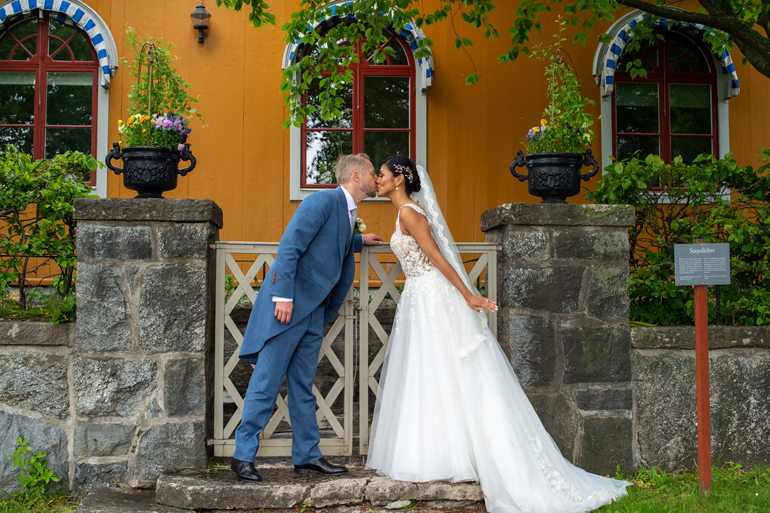 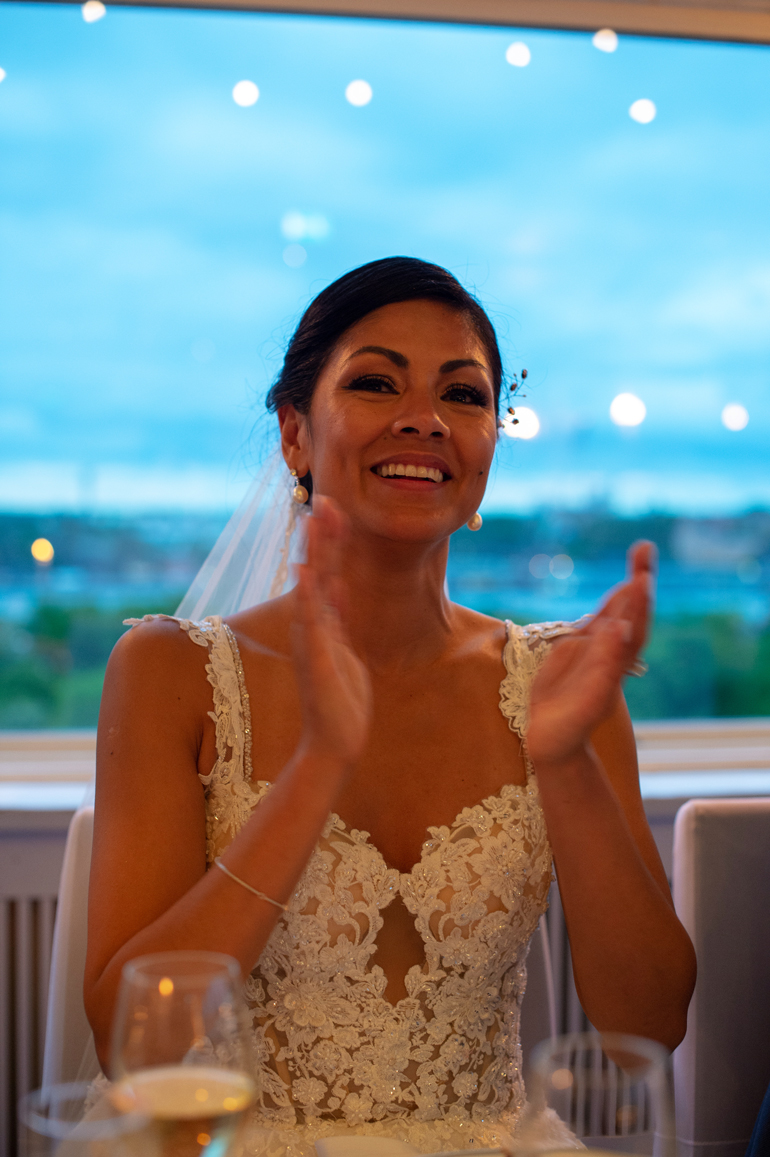 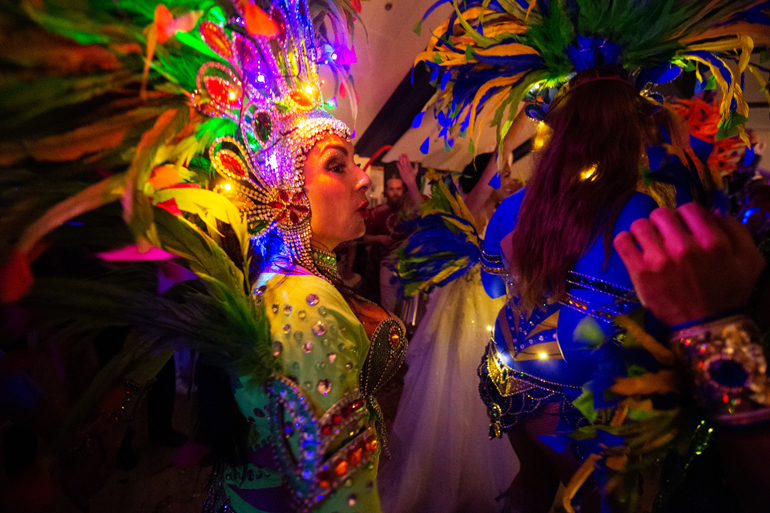