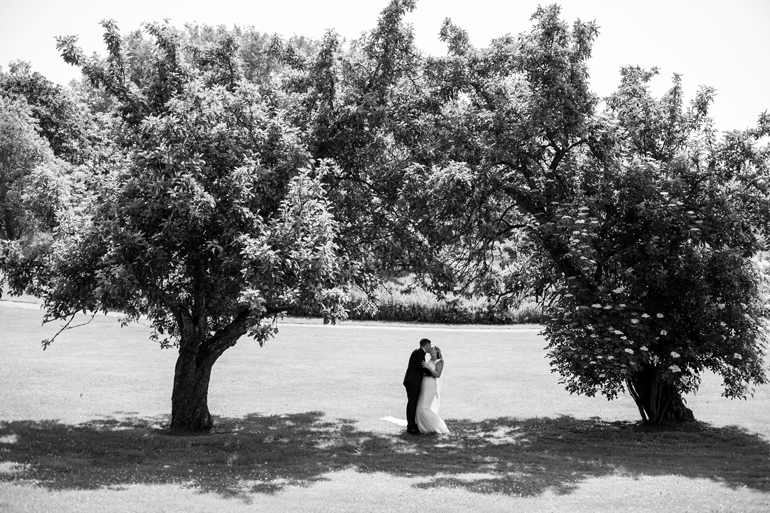 Sandra & Steffan tied the knot on Saturday June 29, 2019, at the beautiful Krägga mansion. I had the great joy of capturing their big day, and what day it was. One should be careful about wishing nice weather though … it was hot, so hot. I arrived one hour early, I usually do so, checking light and finding places for the portraits. Also get to know the staff and others involved, calming down with a coffee and checking the location. When I went to the brides room, the mood was on top and when the veil was put on, Sandra told me that she had decided not to have a veil,  ” but when I saw one of your pictures of a bride with a veil in a staircase, I changed my mind”. I said that a veil creates a little magic with the light, that it is only a day in life that one can wear a veil, so why not take the opportunity. I went to the groom Steffan, he sprayed on perfume before we went to the place I had decided for the first look. I took them for a little walk, I knew exactly where to take their pictures. Just before it was time for the ceremony, the guests got pink helium balloons , what an entrance. I had decided to catch their entrance as seen from behind, wanted the balloons exposed to the sky as well as the guests and the priest in the same frame. After the first speaches at the beginning of the dinner, I drove home with a happy smile. 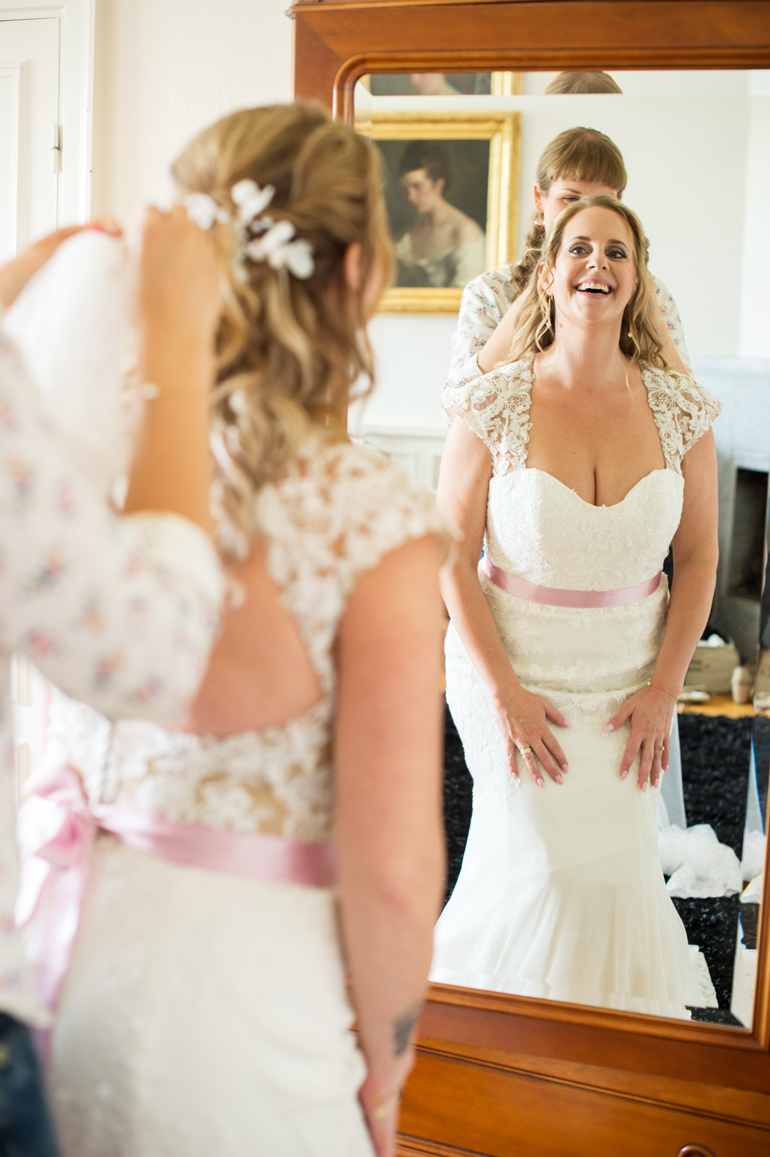 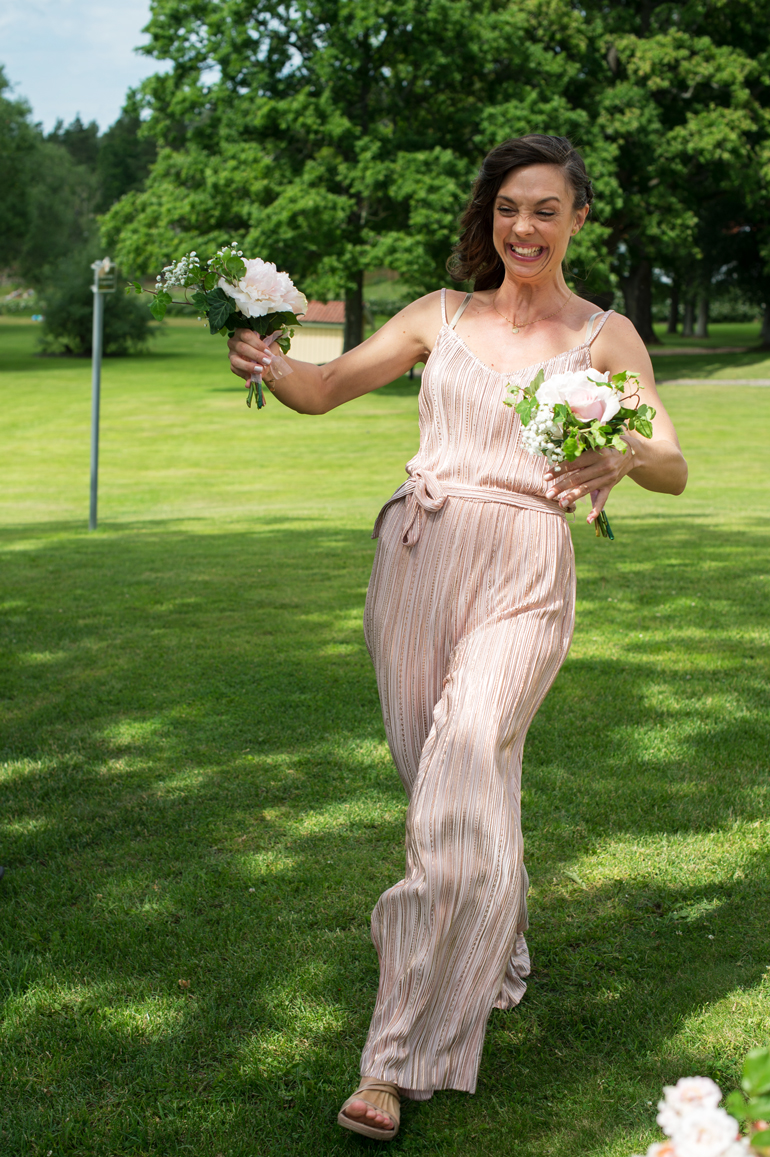 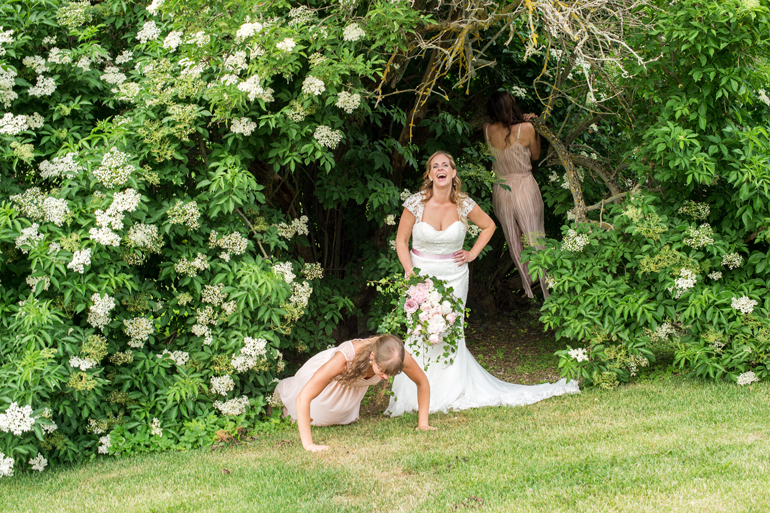 I found such a nice place, like a hut in the elder and said “we can make a nice group picture”. Afterwards one of the brides said “wow, I did 3 chins, have never succeeded doing one single before” I replied “you were certainly motivated-being photographed” .. now you know you can. 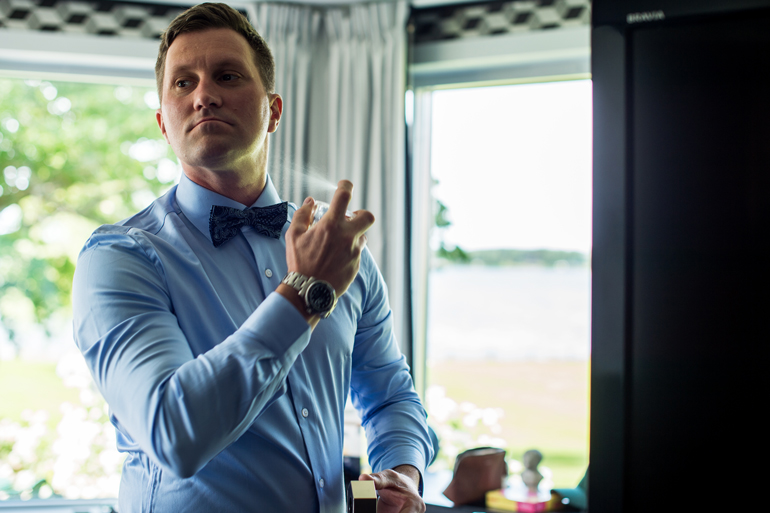 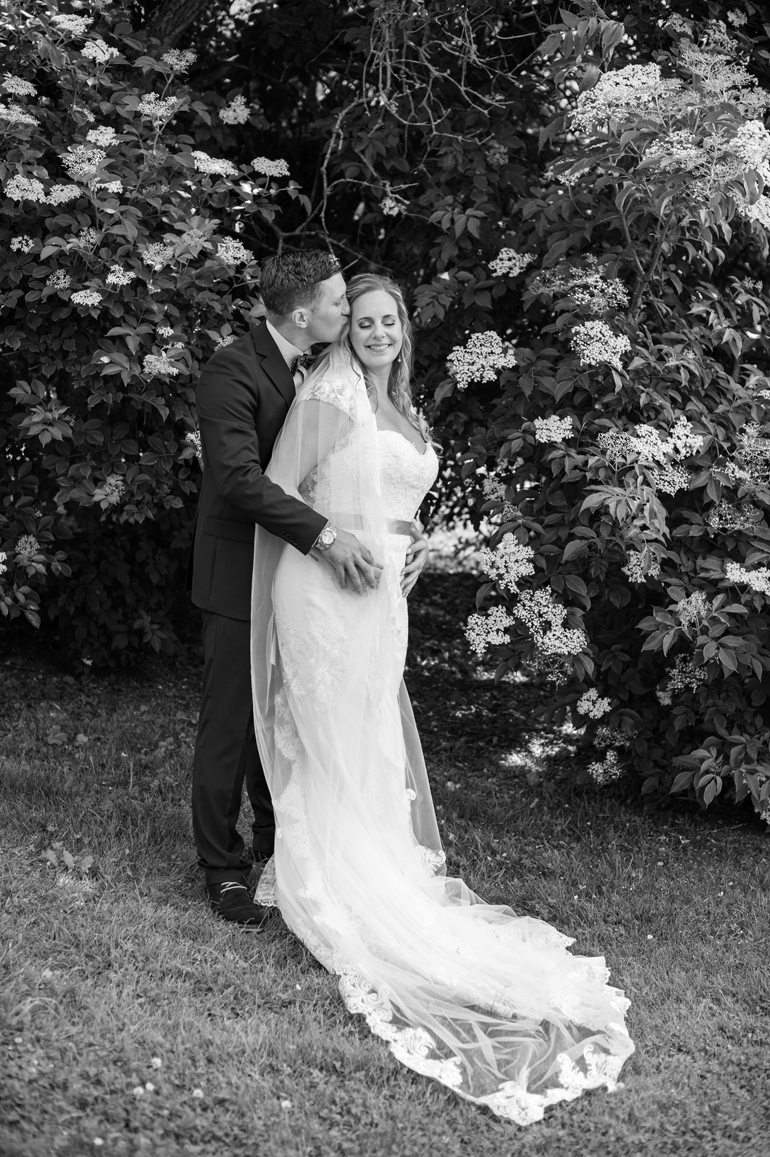 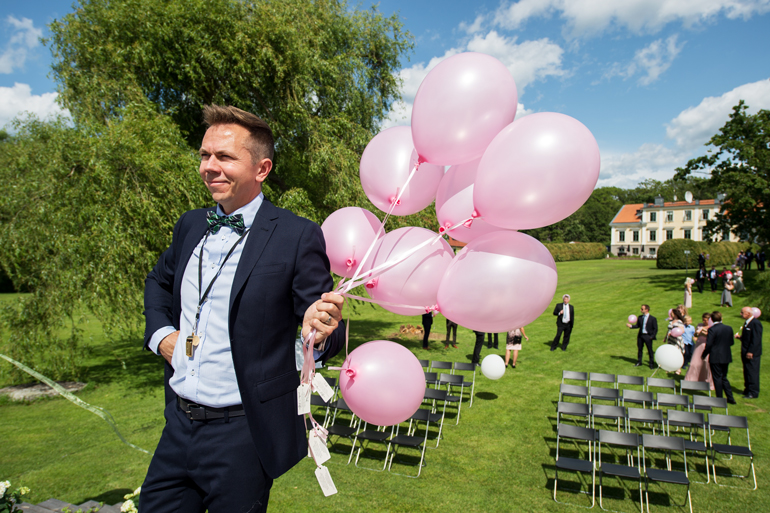 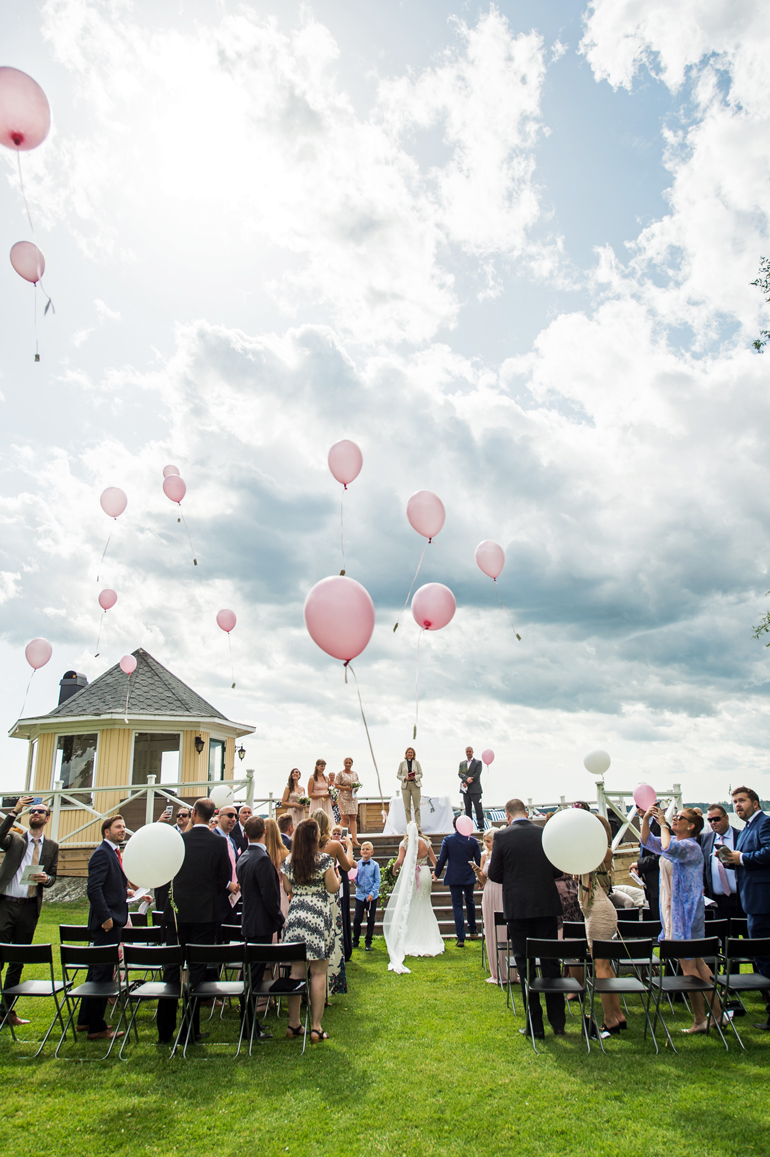 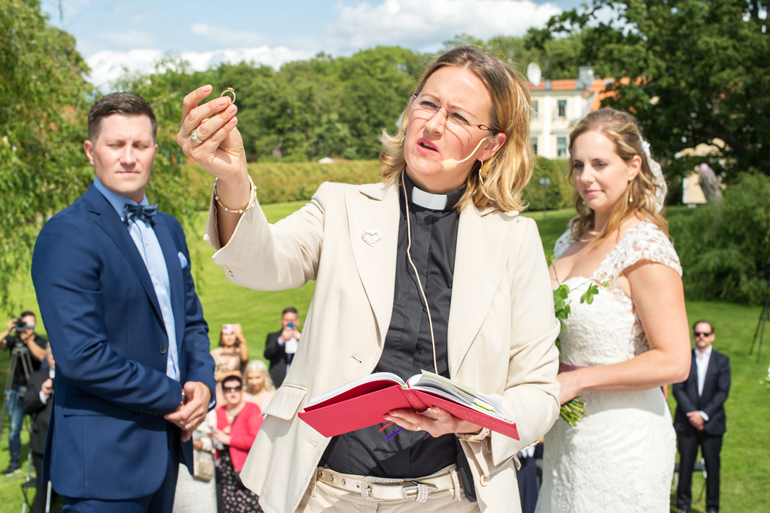 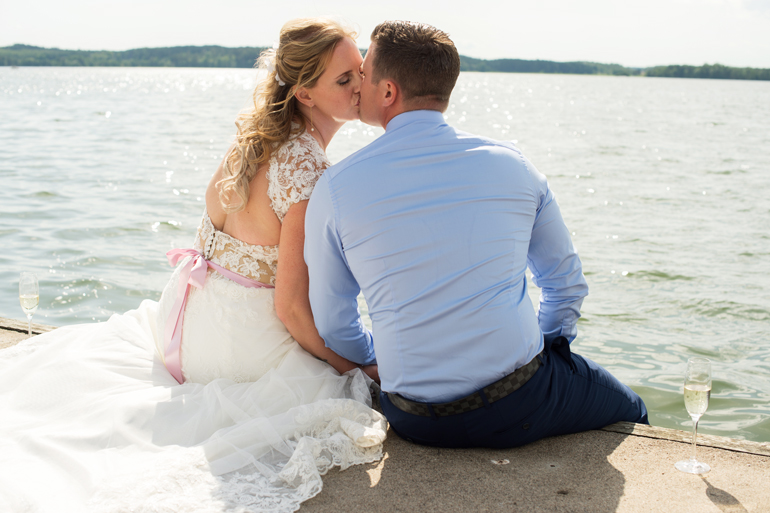 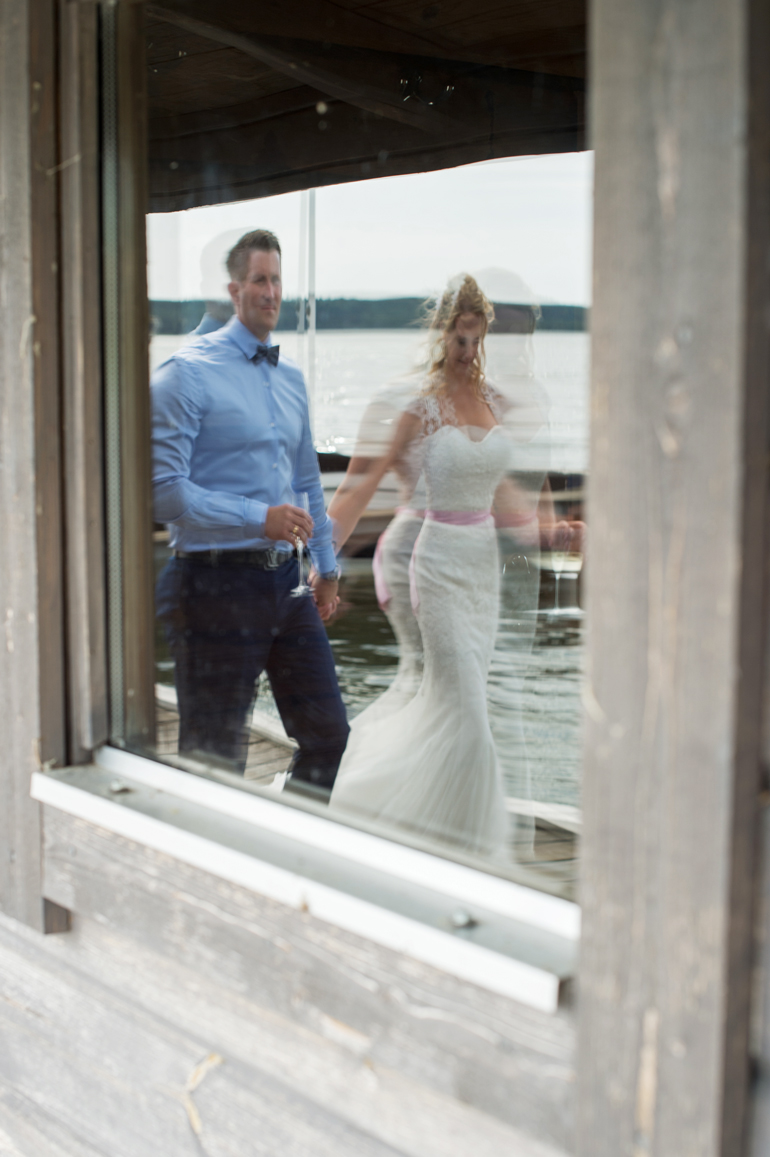