Per told me that I photographed his uncle Bo Victor eight years ago, he married Linnea at the age of 70 in the Cathedral in Stockholm. Now Per was going to marry Brenda in the same Cathedral. Could I come to them too? they had invited 150 friends from different parts of the world. I am happy to have the confidence to follow the family during such important and vital moments in their lives. They married June 1, 2019, same day as the Stockholm Marathon. They had booked a suite at a nearby Hotel so that Brenda could easily get to the church. When I came to the suite, I met a bunch of excited Latino women, makeup artist Erica Monteiro who is working all over the world with makeup.

Brenda’s mother told me that they had traveled for several days from Lima to join their daughters’ wedding. Brenda wanted to get dressed in church, she carried the heavy dress herself all the way to the church. The priest who told me that photography was only allowed at a great distance, outside the railings that surrounded the altar. I begged to at least be allowed to capture the kiss. Throwing of rice took place on the stairs leading to an alley with curious tourists and wedding guests, also residents in the house opposite opened their windows and photographed the bride and groom. We took a walk down to the castle quay where a boat was waiting. Champagne and a wedding cake designed as Matterhorn, Per proposed to Brenda below that mountain with two goats as witnesses. The boat eventually took us to Gröna Lund, where the horse and carriage were waiting for us. I took some quick portraits on the bride and groom. It started to rain and we ran to Solliden’s restaurant where the guests were waiting, they had oysters and Champagne. It was now time to take a group photo of all guest´s so I went up on a terrace as I wanted a picture with Gröna Lund as a perfect backdrop. During the dinner there was a lot of speeches, confetti bombs, the bride’s little sister sang beautifully. The party started with a samba party, everyone including the priest danced limbo.

I received this email from Brenda and Per: Oh god, such beautiful pictures, Thanks! We will enjoy all of these during the weekend! :)
Hugs, Brenda 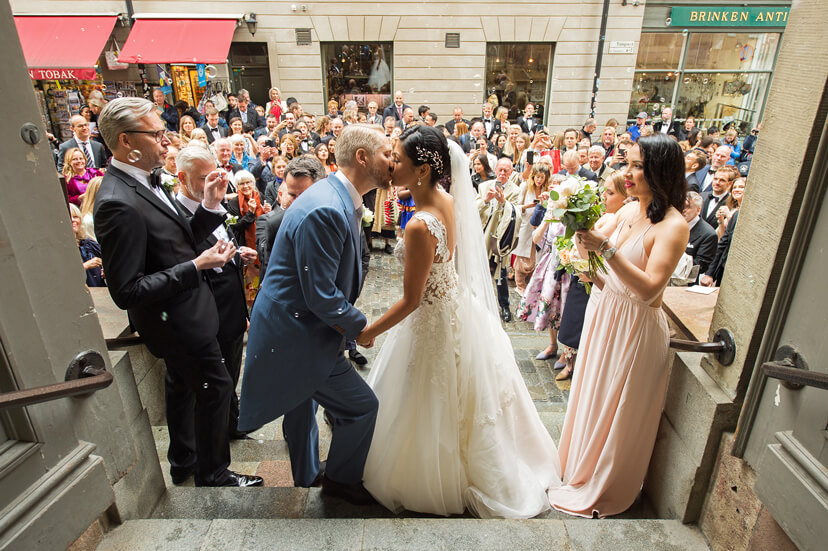 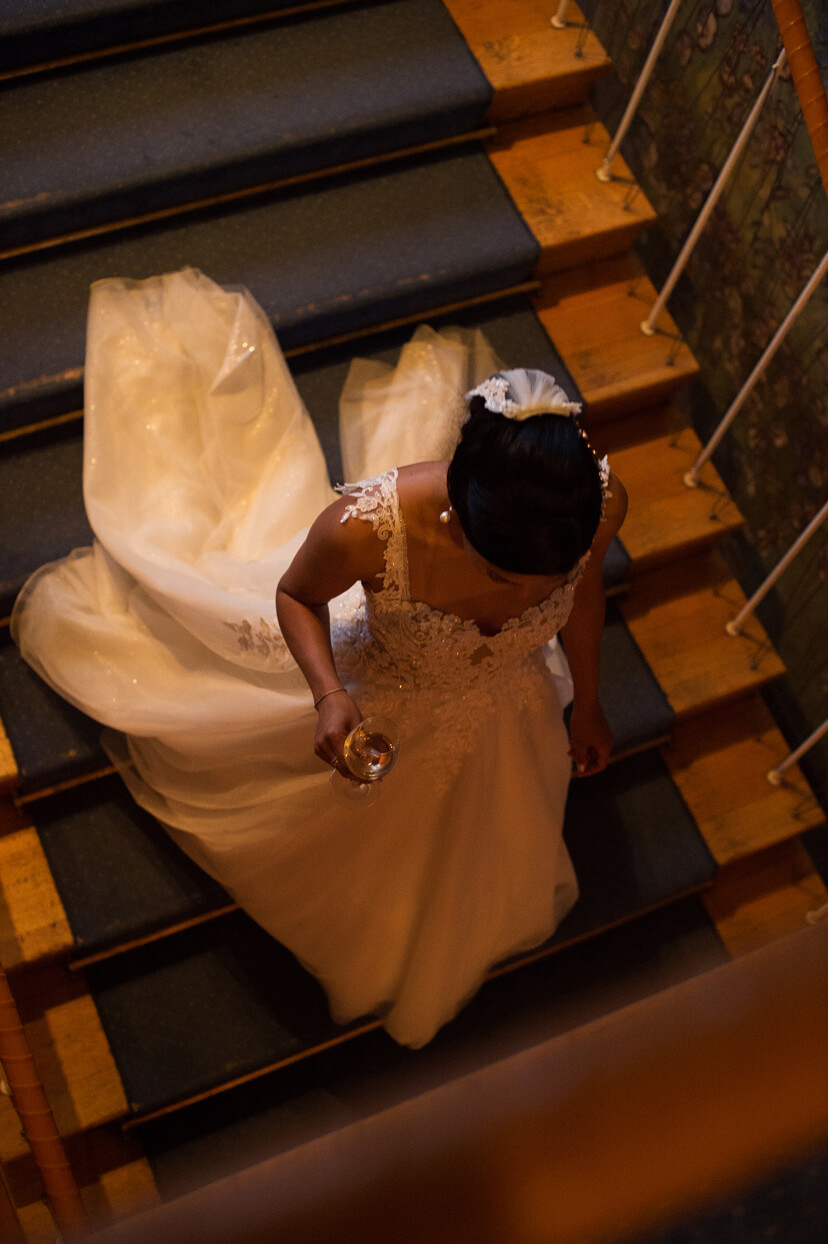 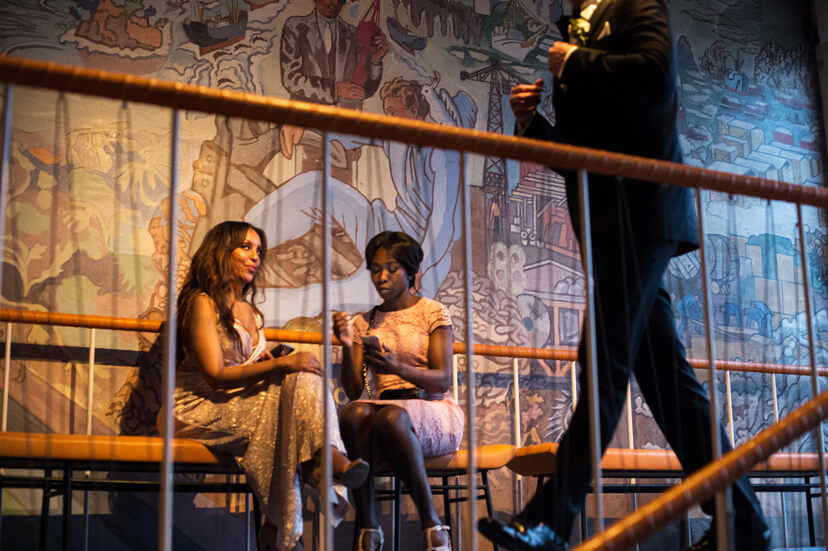 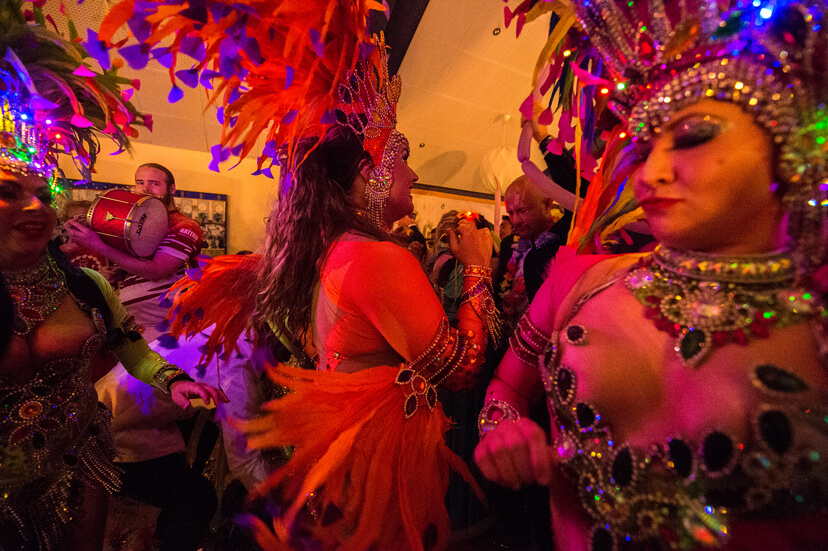 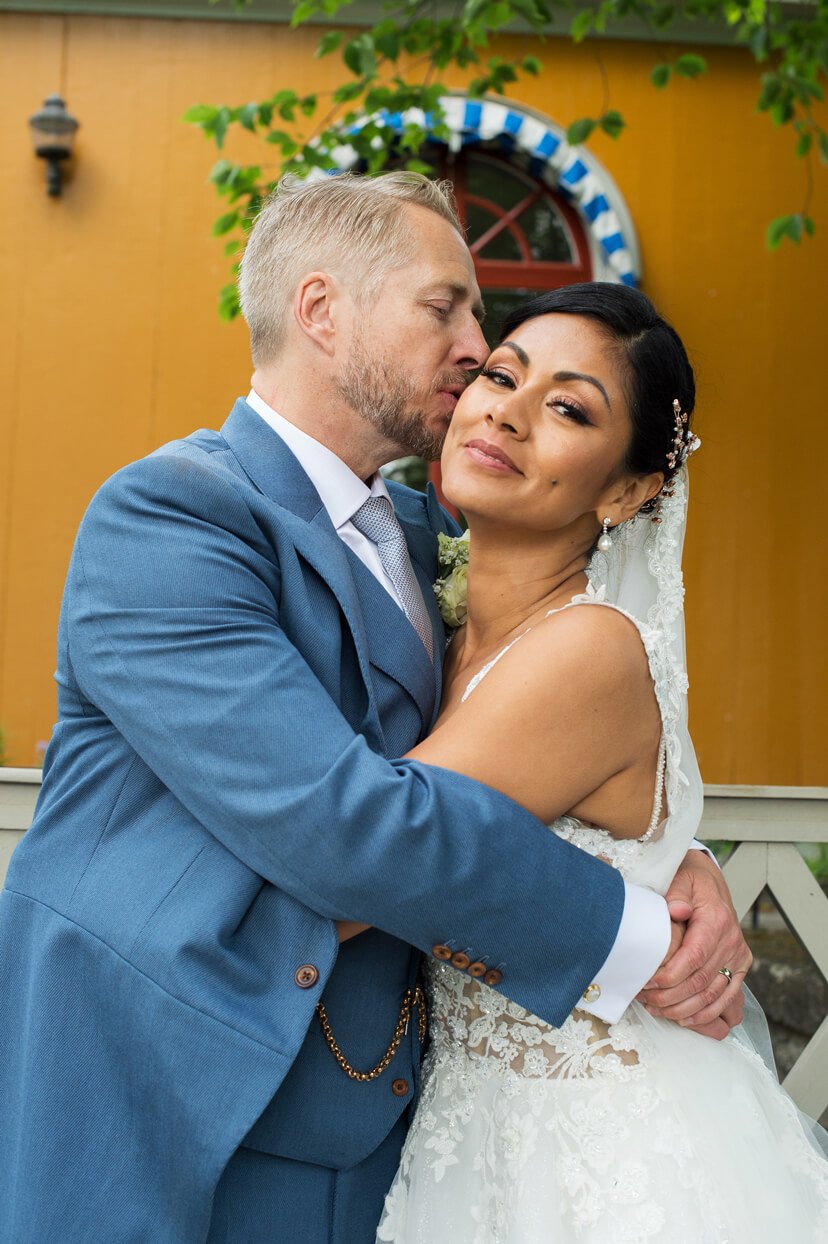 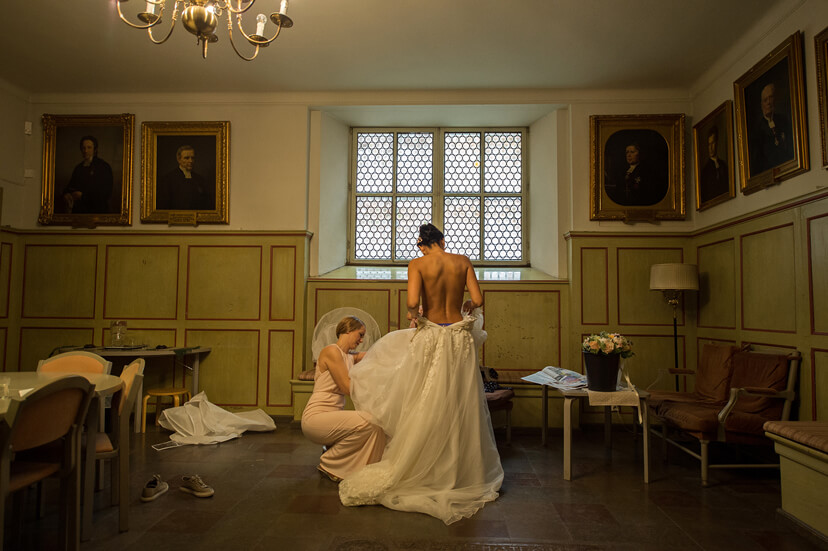 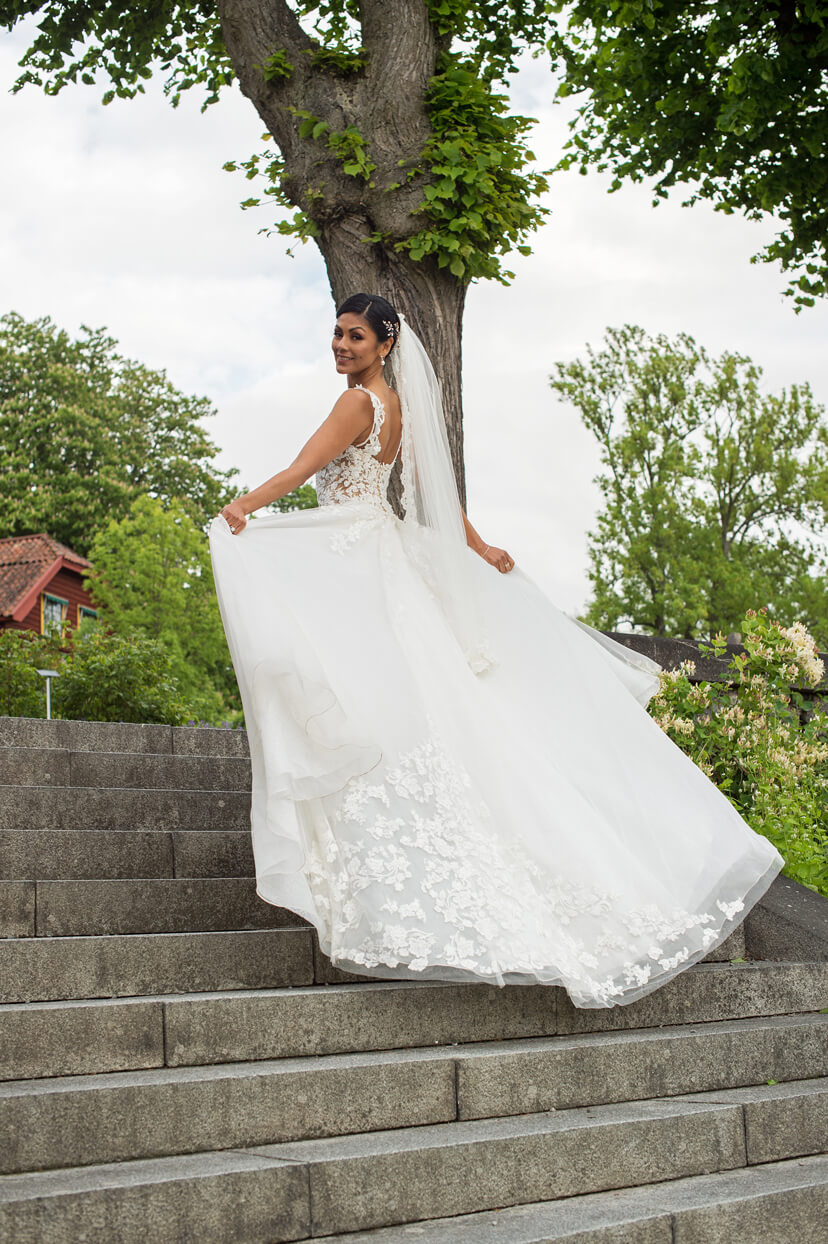 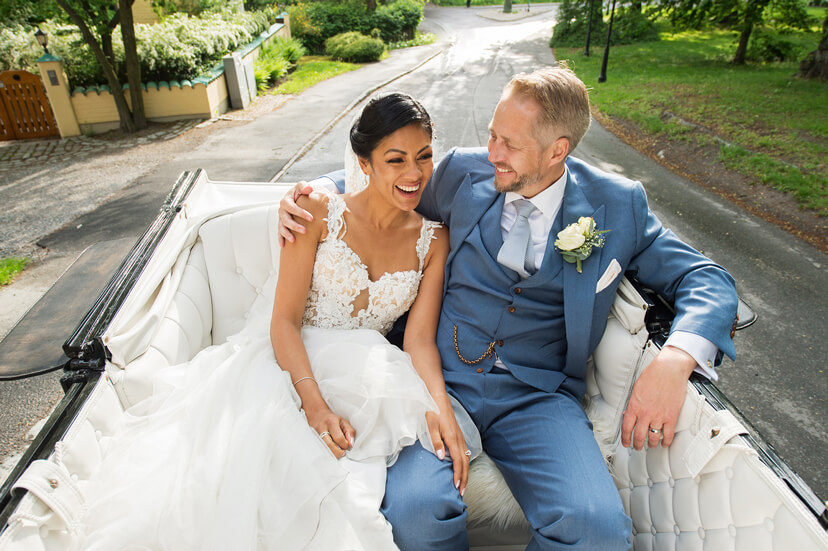 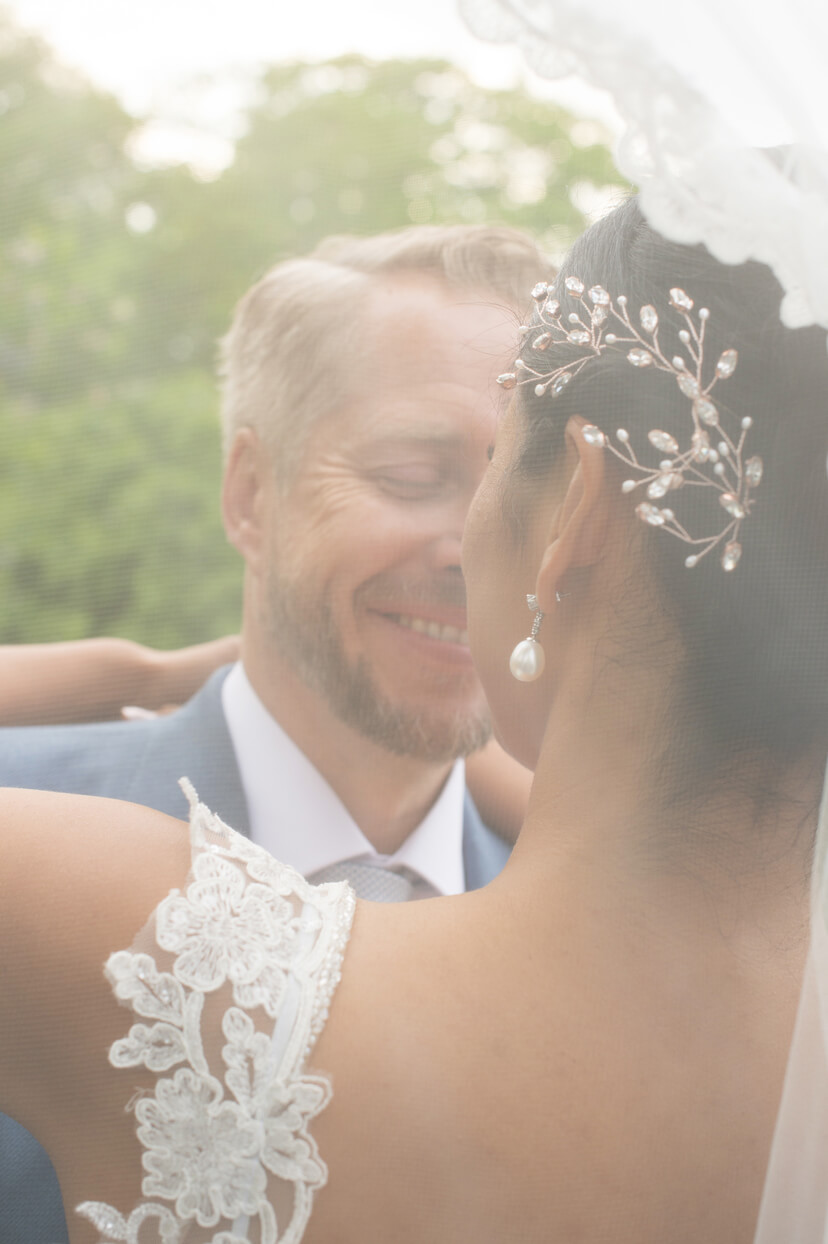